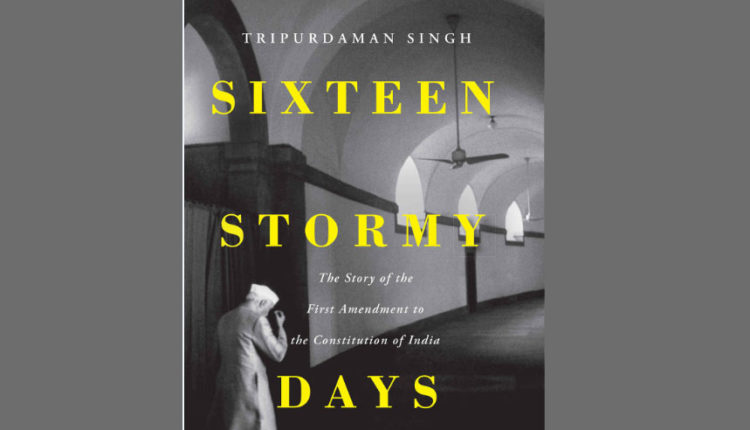 Seeds of Liberalism
In this remarkably well researched book, Dr Singh, a Post Doctoral Fellow at ICS, London, brings out how through the first amendment to the Indian Constitution in 1950, Mr. Nehru sought to justify that fundamental rights are ‘remnants of the ideals of the French Revolution, which needed to be subordinated to states’ obligation to collective rights’ . Reservation of socially and educationally backward classes of citizens, restricting freedoms in a draconian manner and creating a black hole in the form of a Ninth schedule which will not be judicially reviewable, are manifestation of states’ resolve to dilute Liberal democracy and stifle personal freedom.
Surprisingly, complicit with Nehru in emasculation of personal freedom for asserting the might of the state were Patel, Rajgopalchari as HM and Ambedkar as Law Minister.Patel called fundamental rights a result of ‘idealistic exuberance’.The major dissident voice in this cacophony, was Dr. SP Mukherji, the Hindu revivalist, who castigated Nehru on the floor of the Parliament, for ‘flirting with liberalism’ .

Before independence, the Congress imagination was divided between Gandhi’s vision of the village Republic , Nehru’s yearning for socialism and Patel’s determination for a strong nation state. Sandwiched between these three strands was a desire for Liberal democracy as an Outlier. The idea of India and its fledgling craving for liberalism was crippled by populism through this amendment. The debate on the first amendment ended with Nehru calling Dr. Mukherji an ‘arch communalist’ and Dr. Mukherji fuming that ‘ this is not democracy but dictatorship ‘. His voice was sadly stilled by notorious elements in Kashmir. The seeds of dictatorship struck deep roots in 75 & has resurfaced now

WHO MOVED MY CHEESE?