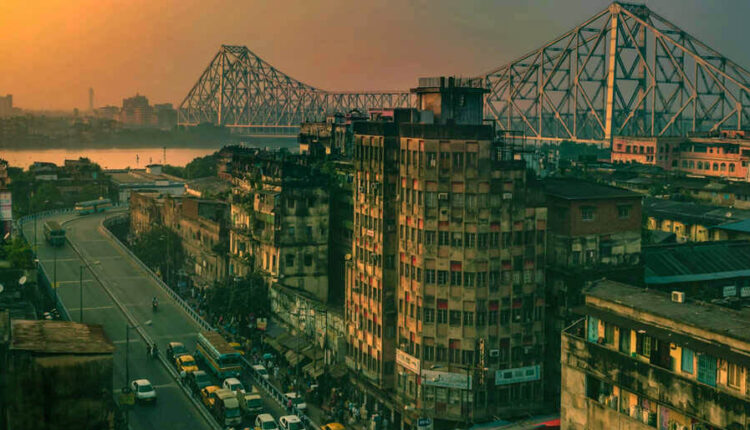 One of the most valuable intellectual property any Nation or State has is its reputation. Negative image directly impacts its growth leading to massive brain drain. West Bengal is one of the classic cases where negative perception is dragging the state’s real growth.

Last month, the Adani Group got selected to develop a deep seaport in Tajpur – West Bengal, a greenfield project entailing a total investment of Rs. 25,000 crore.  Because of poor media management and lack of amplification, this news got limited traction.

Going by the developments that took place in the last few years, it is clearly visible that West Bengal is intensifying its investor outreach efforts, besides grooming and expanding the base of home-grown entrepreneurs. But it’s the negative perception about the state that’s creating hurdle. Hence, there is an urgent need to work on perception management.

It is a long-drawn effort. The State has already taken few steps, but those were in isolation lacking proper amplification. Just few summits, roadshows, media and social media news, advertisements, etc., will not create the desired impact. Government needs to work towards interlinking their work with integrated communication. Then it should be strategically implemented and regularly monitored.

For decades West Bengal’s approach towards industry was not very industry friendly. This led to a gradual exit of major industries from Bengal. And this image of West Bengal has prevailed.

But it’s not that nothing is happening in West Bengal. Because of an ill-conceived communication strategy, those developments were not communicated to the public (especially outside West Bengal) at large. The State is still perceived as populist, indulging in fiscal profligacy, a laggard in industrialisation, doing little to attract investments and failing to generate new employment. There may be some truths in this, but then it’s not the whole picture. Every State has certain areas that needs to be worked upon and respective governments work towards building on those. But in case of West Bengal, it’s mostly the negative perceptions that find prominence. A closer look at the positive macro-fundamentals of the state reveals quite a different story.

West Bengal has been on the path of all-round development, and its GSDP has been growing faster than GDP. In fact, in 2020-21, West Bengal was one of the only two states (other being Tamil Nadu) in the over-Rs 10 trillion GSDP club to record growth when the Indian economy contracted by 7.3%. The state already enjoys a strong foundation in agriculture, at the same time there is a renewed emphasis on industrialisation. The strike / bandh culture is now a thing of the past. Active involvement of the industry has been sought in evolving policies conducive for doing business and for attracting investments. All these have initiatives translated into trillions of investment proposals from the multiple sessions of the Bengal Global Business Summit.

A power-surplus state, West Bengal has also made rapid strides in the services sector, especially knowledge-intensive domains like IT and ITeS, biotechnology, healthcare, etc. Job creation is very much a priority, but there has been a persistent commentary on West Bengal’s inability to generate enough jobs which is clearly a half-truth at best.

According to the MSME Ministry’s annual report (FY 2021-22), West Bengal had 88.67 lakh units (the second highest), employing 135.52 lakh people. The data published by CMIE shows that West Bengal’s unemployment rate 3.3% is much lower than that of country which stands at 6.43%. This is indeed a commendable achievement when most of the States are going through a phase of jobless growth, but unfortunately such an achievement did not get enough publicity.

Another often ignored fact about West Bengal is the state’s rich talent pool. With a literacy rate higher than the national average, the state churns out numerous professionals every year. If enough incentives are provided for the industrial and services sectors to grow, talent from West Bengal can prosper in their homeland. According to Nasscom, the employability of people having IT skills in West Bengal is 40-45 per cent, way above the national average of 25 per cent. The attrition rate of 10 per cent is the lowest among the metro cities. No wonder the BPOs and KPOs are expanding their operations in the state. The state also performs better than the national averages on several social development parameters.

So, West Bengal is clearly a state with immense potential and at cusp of the next phase of growth. Now it needs to awake to the fact that a massive branding exercise is needed. This is a complex process that will incorporate multiple disciplines including traditional brand and communication strategy from the corporate sector, understanding State image from external stakeholders, and building on its strength, focusing on integrated communication, etc. They should start eliminating or reducing misconceptions and altering perceptions to positively influence the State’s reputation and image, increase its national and international credibility, and win the trust of investors.

The marketplace has never been more competitive for States trying to attract investment, tourists, trade, and reverse brain-drain. Considering increasingly intense competition from other States there is growing need to work on West Bengal’s favourable image. Many researchers have pointed out that investors’ decisions are affected by countries’ images and reputations. The stronger a nation’s image, the more foreign investment a nation is able to attract.

The State government needs a complete revamp of their communication department with experts who can create intense outreach programme. They need to regularly engage with media and investors across India. Objective should be that stakeholders and public at large should start looking at Bengal as land of immense opportunities with required regulatory framework and infrastructure in place.

The West Bengal has so far ignored the importance of integrated communication and investors outreach programme. Thus, despite all the good work done, the State has been at the receiving end of flak which, to put it mildly, is very misdirected. The earlier West Bengal realises this and sets in motion the correction exercise, the better it is for the State.