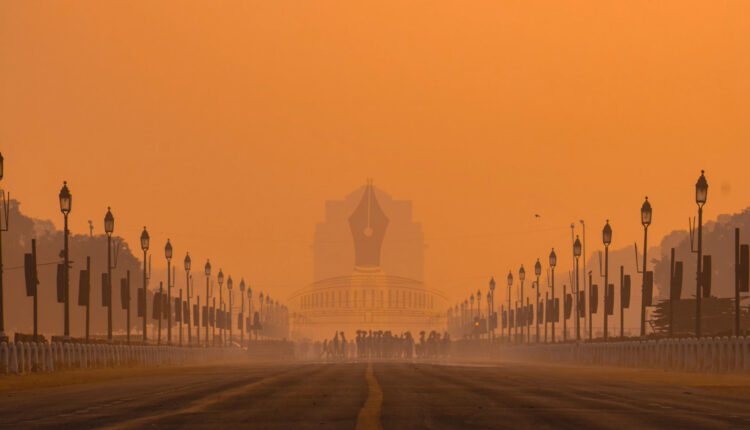 In his magnificent survey on the Workings of the Indian Constitution from   1950-2000, Granville Austin observes that there are three strands that mark out Indian Constitution.; (a) establishing sound institutions & observing the spirit of democracy, (b) pursuing social revolution, and (c) enhancing country’s unity & integrity. He also notes that neither democracy over social revolution is pursued at the expense of the other. He believes that except for the emergency years when the democratic spirit was defiled & judges superseded (1973 & 1977) for not being committed to the philosophy of the party in power, these three strands have coalesced to create a seamless web. As the Constitution completes 73 years, it would be useful to analyze how the tripod has panned out.  John Marshall, CJ of the USA wrote: A constitution is framed for ages to come and is designed to achieve immortality as nearly all human institutions can approach. Its course can be far from tranquil. Indeed, the journey of Indian constitution has been far from tranquil.

For Austin, the Fundamental rights and socio-economic justice principles of Part IV were the consciences of the nation. The social revolution strand was predicated on how distributive justice goals were achieved by the parties in power in a democratic manner.   Nehru, who wielded authority from 1946-64, introduced Centralized Planning (Planning Commission) on the lines of the GOSPLAN of the USSR. This was not envisaged in the Constitution, which had been planned as a concurrent subject in the Seventh Schedule. The other major change he introduced through the First Amendment (1951) was to create a Ninth Schedule which ensured that the Land Ceiling Acts were immune from judicial review. This was his big blow to judicial independence to review the constitutional validity of legislative acts.  Twenty years later, Indira, his daughter introduced 24 the amendment (1971). which tried to make Parliament omnipotent. In 1975, she tried to bar the courts to adjudicate election disputes of PM by introducing a new article 329A.  In 1976 she brought in the 42 nd amendment which aimed at snuffing out the power of judicial review from the court. These four amendments have been at the heart of the slugfest between the Congress in power & Supreme Court.

Surprisingly the Supreme Court in the Shankari Prasad Vs UOI (1951) case upheld Nehru’s first amendment. However, Indira was not so lucky with the 24 th, 39 th & 42 and amendments.  The Kesavananda Bharati (1973) judgment allowed Parliament to amend, even the fundamental rights. However, it has enunciated the basis of structure doctrine as per which the Parliament cannot delete or deface basic features like democracy, republic, federalism, secularism, and independence of the judiciary. In the Raj Narain Vs Indira Gandhi Case (1975), it struck down the preferential treatment to PM in the matter of election and firmly ensconced the principle of rule of law. The Minerva Mills Case (1980) firmly reiterated that Parliament is not supreme in its amending power & judicial review would remain the cornerstone of constitutional democracy. It was reminiscent of the iconic Marbury vs Madison Case (1803), when CJ Marshall firmly planted the idea of judicial review, through which the Court will examine fairness or otherwise of executive action & legislative decision.

There is a perception that the Indian Constitution has been amended too often (103) as against the US Constitution operative from 1789 with only 27 amendments. However, a careful reading will reveal that there have been only ten substantive amendments. Apart from the four amendments referred to above, the 25th amendment (1971) gave primacy to distributive justice over fundamental rights. The Supreme Court has upheld it in Keshavananda judgement The anti-defection provision was included in 1985. In 1992, the 73rd amendment introduced Panchayats & Municipalities as the third tier of democracy. The right to free public education was introduced in 2002 as a new article 21A. The 44 th amendment took away right to property as a FR and placed it as an ordinary right. (300A). The plethora of cases regarding property rights has become a thing of the past.

The Modi government must be credited for bringing in the concept of One Nation One Tax by introducing GST, which allows both state & Centre to impose GST. Though a few items like petroleum, liquor & electricity are outside the purview of GST, fiscal federalism has been brought in through the formation of the GST Council in the 101 amendments.  The latest 103 rd amendment in 2019 is to give 10% reservation to EWS to the upper castes has been a master move over above the slew of reservations granted to SC/ ST & OBC. The Supreme Court has upheld the 10% reservation.  Indra Sawney judgment in 1992 had approved 26% reservation to OBC. Nagaraj’s judgment (2006) even upheld reservation in promotion for SC/ST.

The strand of social revolution is encapsulated in Part IV of the   Constitution.  Raising the level of nutrition (Article 47), providing early childhood care & education to children below the age of six years. (Article 45) are important goals before the state. In 1978, Article 38(2) was introduced enjoining the state to minimize inequalities of income. The ground reality brings out a serious mismatch between goals and reality on the ground. As per the latest NFHS-V report, stunting among children is as high as 35.5%. Anemia amongst children & pregnant women has increased from 58.6% & 50.4% in 2015 respectively to 67.1% & 52.2% in 2021. The World Inequality Report (2022) brings out how the top 10% have become richer with a 57% share of total income as against 40% in 1951. On the other hand, the bottom 50% of account for only 13.1% of total income as against 20% in 1951. Quite clearly the pro-rich tax policy & inadequate investment in better employment opportunities for the poor have contributed to such an increasing trend in income inequality. While average economic growth, Savings & exports have doubled compared to the pre-economic liberalization period, the human development parameters like IMR, MMR, Nutritional intake, quality of education & health care have not witnessed commensurate improvement.

Andre Beteille, the famous sociologist, wrote: A constitution may indicate the direction in which we are to move, but the social structure will decide how far we move and at what pace. Given the caste dynamics of India and the plethora of reservations that the government provides in terms of employment opportunities, the basic principle of competition and merit in a market-driven society is getting hugely compromised.   Francis Fukuyama in his latest book “Liberalism & Its Discontents (2022) notes that neoliberalism has been responsible for wealth creation but has also resulted in a sharp spurt in income inequality through soft tax policy.  India after 2000 is witnessing this trend.  Thomas Piketty in the World Inequality Report strongly argues in favor of a   higher tax on the super-rich to usher in a more just society. The social revolution dimension, Austin wrote about is under serious challenge as the government underperforms in its role in providing merit goods for the capability development of its innumerable masses.