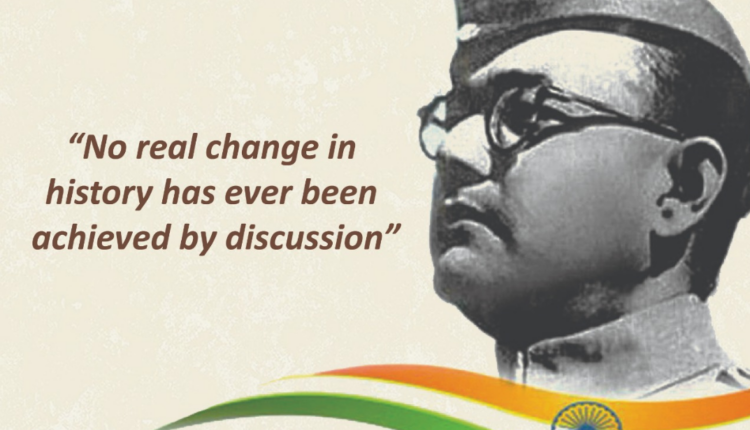 In this fast-moving world, we hardly care about the word freedom anymore. People are running behind money and they forget what it costs India to be a free nation. The sacrifices our brave hearts did for the country. We usually don’t give much time or think twice about it. Most of our history books are covered with the achievements of the congress and how they played an important role in bringing freedom to our nation. But least spoken is about a leader who was hailed as “Netaji” and who mysteriously disappeared and the world’s best spies were unable to find him. Few of his famous quotes being “No real change in history has ever been achieved by discussions. Let me point out a small incident or rather a small exchange of letters between the then prime minister of Britain and the leader of Labour party, Clement Richard Attlee. Chakraborty, who was the then Chief Justice of the Calcutta High Court and was serving as the acting Governor of West Bengal, had written a letter to the publisher of RC Majumdar’s book, A History of Bengal, in which he wrote: “When I was acting governor, Lord Attlee, who had given us Independence by withdrawing British rule from India, spent two days in the governor’s palace at Calcutta during his tour of India. At that time, I had a prolonged discussion with him regarding the real factors that had led the British to quit India.”

“My direct question to Attlee was that since Gandhi’s Quit India Movement had tapered off quite some time ago and in 1947 no such new compelling situation had arisen that would necessitate a hasty British departure, why did they had to leave?”

“In his reply Attlee cited several reasons, the main among them being the erosion of loyalty to the British crown among the Indian Army and Navy personnel as a result of the military activities of Netaji,” Chakraborty said.

Towards the end of our discussion I asked Attlee what was the extent of Gandhi’s influence upon the British decision to leave India. Hearing this question, Attlee’s lips became twisted in a sarcastic smile as he slowly chewed out the word, ‘m-i-n-i-m-a-l’,” Chakraborty added.

This startling conversation was first published by the Institute of Historical Review by author Ranjan Borra in 1982, in his piece on Subhas Chandra Bose, the Indian    National Army and the war of India’s liberation.

So, I just wanted to bring a small

information into the forefront which I found really interesting and very less known  to  the  people  of  India.