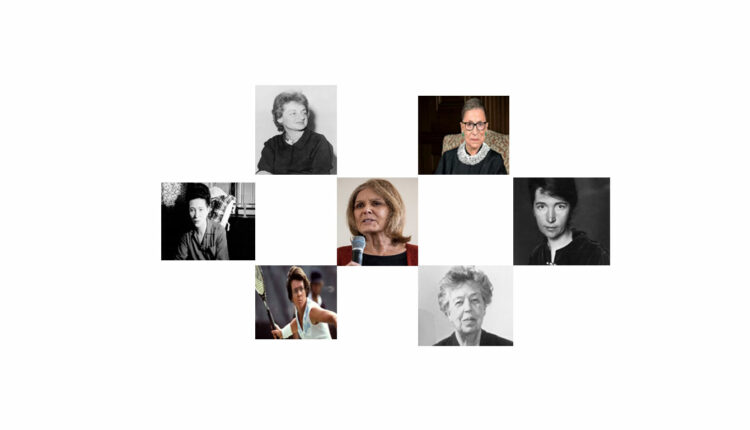 Simon de Beauvoir, the French philosopher wrote in her seminal book ‘The Second Sex’’ (1949): ‘You are not born a woman, you become one’, to underline the fact that gender distinction is the fundamental source of women’s oppression., premised on a wrong assumption that existence precedes essence. But the seeds of women’s’ reproductive rights were sown by Margaret Sanger when she opened the birth control clinic in 1916. She viewed birth control as a free speech issue rather than a feminist issue. She sparred with Gandhi when she visited him in 1935, as he was against birth control. While the first wave of feminist movement focussed on political and legal equality (Suffragette Movement), the second wave swept in   when Betty Friedman wrote the magnificent read ‘The Feminine Mystique’ in 1963, to debunk the ideas that women find fulfilment only in child rearing and home making. She urged women to suck off their domestic duties and grab the economic reins of power.

The strident 60s segued in to momentous 70s, when Gloria Steinem asserted right of women over her body by observing:  If men could get pregnant, abortion would be a sacrament. The US Supreme Court also chipped in with its celebrated & controversial judgement in Roe Vs Wade (1973), where it upheld women’s right to abortion and struck down criminalisation of abortion as it violated women’s constitutional right of privacy. The same year also witnessed a metamorphic tennis match between Billy Jean King and Bobby Riggs on 20th September 1973 when King beat Riggs. President Obama who watched this match as a 12-year-old amongst 50 million viewers’ writes: ‘I have two daughters. It has made a difference in how I raise them’. Billie Jean wrote: It was not about tennis. It was about history & social change.

The US supreme Court judge, who really made a transformational change in terms of enactment and gender sensitivity was Ruth Bader Ginsberg who died two years back. Without being strident and shrill, she ensured that the male only admission policy of Virginia Military institute was changed to include women as it offended equal protection clause of 14 th amendment to the US Constitution. The United States Vs Virginia judgement (1996) took the lid off male only policy in military establishment. Justice Ginsberg wrote: Exceedingly persuasive justification would be required for a classification based on sex. She also gave a dissenting judgement in Ledbetter Vs Good Year case (2007), which became an act in 2009, ensuring that women win pay discrimination cases and the Fair Pay Act is observed in letter & spirit.

As women prepare to celebrate women’s day on 8th March 2022, these historic landmarks in women’s’ quest for equality and self-esteem become salient and reverberate.   This year’s theme could not have more apt: “Breaking The Bias” and “Taking action for Equality”. The Indian Constitution frowns upon gender discrimination and implores upon the State to make special provisions for women (Art 15(3)).  Besides equal pay for equal work (Art 39(d), maternity relief (Art 42) and renouncing practices derogatory to the dignity of women (Art 51A(e)) are part of the constitutional construct to usher in a gender sensitive society. It’s time to take stock of our achievement with reference to these lofty constitutional expectations.

The Handshake That Changed the World