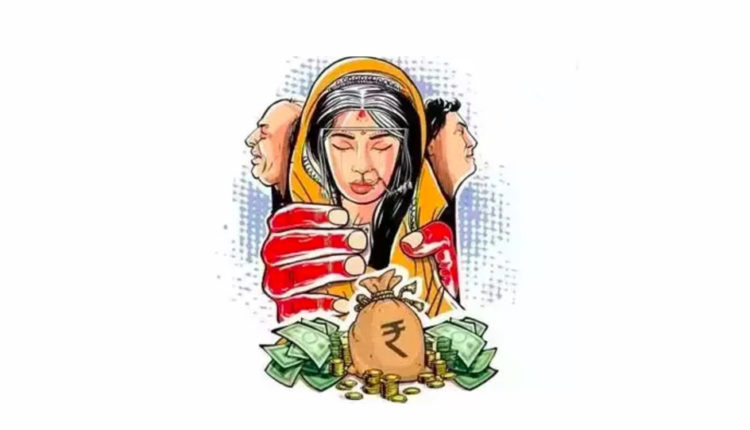 It’s disheartening, but not surprising, to learn that the dowry system still exists in modern India!

As I write this, three dowry-related incidents have occurred in our country. Forget being harassed for a car; I’ve read situations where a lady was harassed for far less, such as a smartphone.

I believe that the most important reason for its existence is because we have permitted it to exist. In most situations, whether it’s an arranged marriage or a love marriage, the ceremonies never conclude without a dowry. The term “Dowry” is never used explicitly; instead, there is always the sentence “What would you want from our end?” or “What present would you like us to offer you?” which is never indifferent. Most parents continue to engage in this practice out of worry that their daughter(s) will not be treated with the love and respect they deserve. But, to be honest, why would you give your daughter’s hand in marriage to someone like that in the first place?

I, too, am a daughter! And, as I’ve said before, it just isn’t achievable without the unwavering support of our parents everywhere. As a result, I implore all parents to help their girls become financially self-sufficient and independent. To do this, educate your girls from the start and instill the value of a profession. Inform them about the legal framework and their rights. Be tough as parents and say no to so-called “offering presents” to your daughter’s in-laws. Be strong as parents and say no to dowry. If a man demands something in return for caring for your daughter, he isn’t fit to care for her, and it’s more like sending her to a hostel, isn’t it? I understand that this may come as a surprise to parents, but trust your girls, and if they meet someone who loves them, verify it, confirm that it’s true, vet the person, and then support their decision. The issue of dowry will never come up again because the guy will just want to spend the rest of his life with your daughter, and that is all that counts, period!

One of the most common errors I’ve seen women make is to keep their sentiments bottled up and to remain silent about their abuse. I’ve also heard some dismiss it as a minor issue and vow to intervene if circumstances worsen. Please remember to take action at the first sign of dowry harassment since things will only worsen in the future. Take the legal path, but filing a complaint with the local police station is critical since it will aid your case in moving ahead. However, make sure that you utilize all of the influence you and/or your family have to ensure that the matter is pursued. Make sure you speak with an experienced attorney. There are no second chances when it comes to abuse, so be prepared to break it off.

If a man wants anything materialistic in exchange for marrying a bride, he doesn’t comprehend the sacredness of the girl giving up all to spend the rest of her life with him. Nothing is due to such a guy!