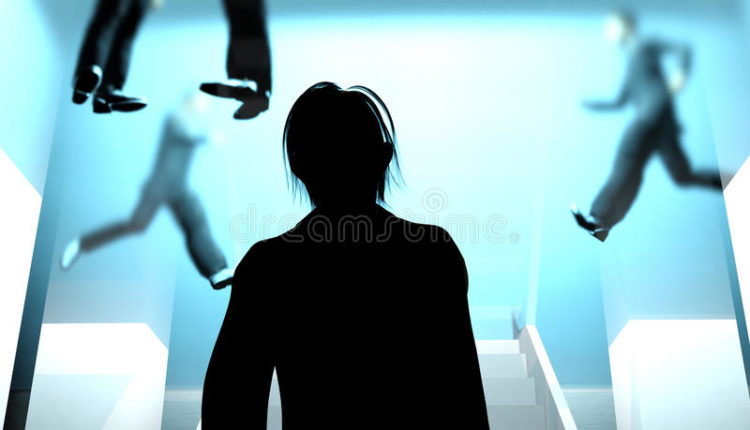 Glass Ceiling: Is it just a metaphor or does it stand true? by -Alisha Nanda

The term “Equality” can be heard at every corner of the world but in reality, it is not followed everywhere. We consider ourselves progressive and think we are not biassed towards any gender but somehow it is seen that women are not given fair chances at some places. “Glass Ceiling” is defined as a hurdle that cannot be seen with our naked eyes but can be experienced in our day-to-day lives. It is not any theoretical concept that was written in some book and is being talked about now but it is being followed at certain places and now we are talking about it directly. This metaphor came into light when some feminists coined this term taking examples from their own lives and other women’s lives when the careers were examined on a broader scale.

The workplace is an important factor for any employee be it a woman and man. Everyone wants to succeed in their lives. They want to acquire the desired education and want to achieve all success in their lives. For achieving various levels of success there is a hierarchy a person needs to complete first. Often it is seen that people tend to give those higher positions to men only as women have other responsibilities to deal with in their personal life and they think women won’t be able to handle the higher positions.

Some people think handling home and kids are only the responsibility of a woman. They are supposed to do a job just for a sake of living and they can’t be given major roles in top-level management. Handling all the roles together will be very difficult for them. People even misunderstand and think if they give higher positions to women they might not understand the depth of the responsibility and might not complete their work successfully.

It is also seen that in some organizations a man with lesser qualifications is given a promotion over a woman who is more experienced and qualified than him. Sometimes a woman does all the work of the desired position and is good at her job but in the end, her salary is low as compared to her juniors. These are some classic examples of the glass ceiling and it is also seen in many organizations of the world.

The glass ceiling, as mentioned earlier is not visible and it doesn’t take a lot of time to realize that. Along with this term, there is another term named “Reverse Glass Ceiling” where the men are changing the rules of the society and taking up jobs that are believed to be woman-centric only. They are not only accepting those jobs as career options, they are acing those jobs too.

Women are capable of doing everything and have changed all the norms made by society. In today’s generation, all the girls and women want to be independent first. They work hard to make their own identity in this patriarchal society. There are certain elements mentioned above that tend to demoralize them and degrade their hard work. Hopefully, with evolving time, things will change and there will be equality in every aspect.

This is might be debatable for the people who do not believe in a patriarchal society but there are a lot of examples that do make this term stand true to its meaning.  It is not a metaphor and this always stands true. Yes, in many countries this is seen on a broader level, and in other countries, this is being demolished by the women with the skills and knowledge. Hopefully, one day the women all over the world will be able to break this glass ceiling and set an example for the future generation.

Hello, myself an ordinary woman with not-so-ordinary thoughts…