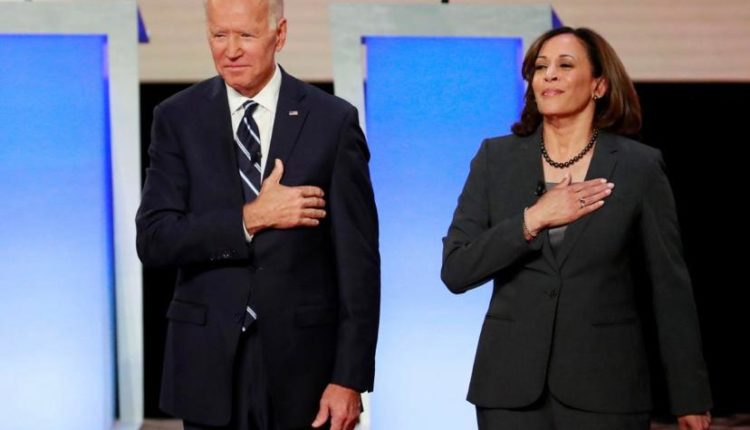 President Elect Joe Biden promised to heal the wounded Nation that revealed embedded fault-lines during a no holds barred; bitterly divided, acrimonious electoral process recently held in United Sates 2020. Deep down, the Americans are very much like Indians, divided along ethnic lines despite the progressive journey as a nation of immigrants committed to the hallowed ideals of Liberty, Equality & Justice – the three celebrated pillars of modern democracy.

The promise of equality is most difficult to practice. That is why the word ‘equality’ is doctored into another word ‘equity’ to define equality by comparing apples with apples and oranges with oranges only! The real challenge lies in saying and meaning, whether it’s an apple or an orange, as fruits they are equal in value. Unfortunately, the value of different fruits is not determined in the market on the basis of taste but on the basis of ‘demand and supply’ as the defining factor. The value or worth of human beings have been changing historically with the progress of human civilization. The southern states in USA did not give in easily to Lincoln’s idea of abolishing slavery. There was bloodbath. Then came a period of healing and acceptance of change. Hitlers Germany may have been defeated by the Allied Powers, but the feelings of racial supremacy live like hibernating frogs waiting to jump out when they find a way. Europe has healed but Brexit was an indication that old scars could be rubbed open by demagoguery.

Trumps presidency let these hibernating prejudices to come out and assert. As President he sold a logic for white man’s woes as if that was worsening due to rise of non-white immigrants, as if the immigrants were usurping unfairly their share of the pie! The America First policy worked well for the economy. The Tax cuts worked well for the working middle class. But these were temporary measures with built in repercussions. When you abruptly desert your friend, you lose the trust doubly. The suffering of USA under the spell of COVID-19 19, in terms of lives lost and GDP loss, is a result of trust deficit all around. Going alone in a globalized world is not easy even for the most prosperous, most developed and most powerful nation on Earth.

Denying ethnic prejudices will not heal but accepting the scars, and persuading to work together hand in hand, will help in removing those prejudices. When Barrack Obama won the election, his personal qualities overcame all hidden prejudices against a Black President. When Donald Trump became the President he ran down all the moderate faces in his party by presenting his candidature as an opportunity to redeem the white man’s supremacy…carefully worded as his campaign slogan, “Make America Great Again”. Historically, the reference points for USA to view its past memories of greatness dates back to the period of great economic transformation in USA during fifty years of rapid industrialization, inventions and growth until the great economic depression! Exploitation of Labour was also at its peak in the factories and mines during this reference period. The economic greatness a century ago came at a heavy price of ‘inequality’.

The earliest trade union leaders were tried of treason and even executed. But the movement for equality and dignity, for all working people continued. It was during Franklin Roosevelt’s Presidency that labour started getting treated as an equal citizen of USA! Since then, step by step, exploitation of underprivileged people have been getting peeled out like onion layers but the agents of transformation and great champions of true equality have all paid with their lives like Martin Luther King Jr and John F Kennedy. Abraham Lincoln was also assassinated for his audacity to grant liberty and equality to slaves.

When the American Dream started in Europe, the motivation was to exploit the vast land and natural resources, and to get rich. Life was not easy in Aristocratic Europe for the common man, farmer or artisan alike. They arrived in droves on American shores in commissioned ships with armed soldiers who didn’t hesitate to kill the natives to take their land. They raised their own militia, to guard their territories, used slaves and indentured labour to build the infrastructure, till the land and mine coal and minerals. The population of immigrants became prosperous soon and powerful too with their private militia. These early immigrants were ambitious and started feeling overwhelmingly exploited by the taxation policies of European colonizers and declared Independence. The French helped the rebellion against the British and the British helped against the French! But even after Declaration of Independence, the words in the constitution – Liberty, Equality & Justice we’re not applied with the same meaning for the people of USA. Some people remained more equal than others!

The new American Dream started only a hundred years ago after the labour reforms started taking shape in USA. The rapid economic growth of USA attracted new immigrants from all over the world who spotted the opportunity to realize their ambitions in USA better than the declining Empires of Europe! After the Second World War, USA became a compelling destination for the young and the ambitious, like a dreamland, with new stories of ‘rags to riches’ journey coming out regularly. Arnold Schwarzenegger’s inspiring story is one such example. Now Vice President Elect Kamala Harris will be a living symbol of success for children of first generation African Asian immigrants. The Education, Employment and Income of new migrants is perceived by conservatives as a threat to Status quo ante. The Latin American, African, and Asian immigrants who have settled down in USA have worked as hard as the European Immigrants to contribute to prosperity of USA as much as they have achieved their personal dreams. This is the new truth of Americanism, American Plurality, American Diversity and all Americans deserve to be on an even platform going further into the 21st Century.

The new President and his administration will most likely keep their promise to heal the wounded feelings of the seventy million who didn’t cast their ballot for him but he will need help from the other seventy four million people who voted for him. They have to work on ground, in every neighbourhood in the cities, towns and suburbs of United States. It’s is the people who can provide real traction to the policies of the President. Joe Biden rightly said, there will be no Blue States, no Red States but only one United States, under his administration. He has promised to govern without any bias and unite the people. I hope the great people of United States will not only find their wounds healed soon but also some of the old scars vanish with the soothing touch of Joe and Kamala. America has done it again and again. The nation has come out of many crises in history and seen the people more united than ever before, after battling the crisis. The World expects nothing less from United States.