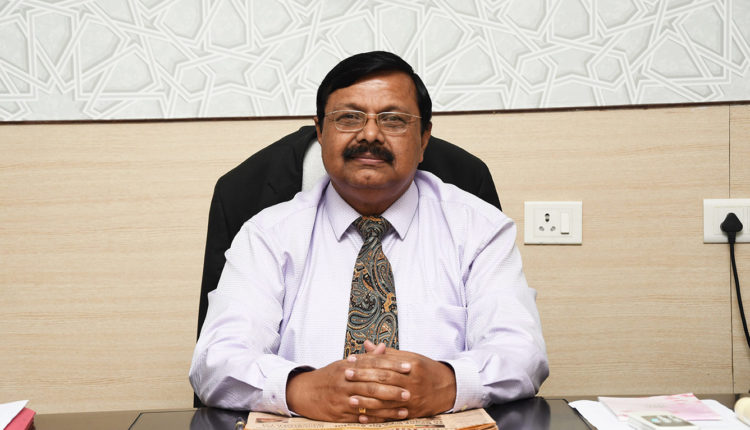 Lesson from the first page of my Career Book

The first challenge of my management career came in an interesting way. The stenographer in our office expressed reluctance to take shorthand note of my dictation, and instead advised me curtly to write down my note and hand over to him to type. He was little elder to me in age and I could feel his ego coming in the way. I was the greenhorn in the office and had to earn respect for my position as the Manager. I could see that I was being tested by my own subordinate staff. I thought about the challenge and the first idea that came to my mind was to view the response of my stenographer as insubordination and take it to my superior as a complain. On second thought, I wanted to compromise and comply with his advice.

But I thought more about it and from an outside-in perspective, detaching my ego and considering only what could be the best way to get the work done. I realized that when we dictate a shorthand note, the stenographer has to use a paper to take note and type the contents in longhand, on another paper and then bring it back as a draft for correction. Once the draft gets approved after several iterations, then the final version gets typed on a Note-sheet and presented to the dictating authority for signature. The average time taken for a one-page note to get into the final shape from dictation used to be four hours. The longer the note the more time it would take, and usually the stenographers had to work overtime for completing a multi-page note within a single day. Stenographers and Typists were two critical category employees in any office in those days. The knowledge and proficiency in stenography and typing was a combination rare enough to fast track the career in the clerical cadre.

I found there were many old typewriters lying idle in the office as standby machines. Typewriters and Lithograph printers were critical office equipments in those days, and an equipment failure could bring the decision-making process in an office to grinding halt. I borrowed a portable Remington Rand machine and brought it to my office chamber. It took me about an hour to type out my first note directly taking the words from my mind to the keyboard as an amateur using one finger only. A typist in my office came to my room in the evening before leaving office out of curiosity and wrote down on a piece of paper a sentence, whispering in my ears that if I would practice typing that sentence repeatedly trying all my ten fingers together, I would crack the mystery of typing. The sentence was, ‘A quick brown fox jumped over a lazy dog’! I carried the typewriter home, practiced late into the night and returned to office next morning beaming with eureka. I never gave any work to my typist or stenographer and I was the first executive in our office to recommend their transfer out of my office to reduce staffing cost. In the next ten years, all the posts of typists got abolished. Only those few survived who learned the computer skills giving up their old ways and ego. The trade unions who were fighting for the overtime of typists and stenographers could not save their jobs. Only those who were willing to retrain, learn new ways and adapt survived.

My response changed the course of my career. I became truly independent of the office bureaucratic strappings and paraphernalia. When the first personal computer arrived in office, the first one came to my office alongwith an air conditioner! I was the junior most manager, in my twenties, with an independent airconditioned office chamber and a personal computer. I became the youngest Executive Assistant to the Head of the Department. Five HODs appointed me as their Technical Advisor. I was sent abroad for training. I was sponsored for a MBA program on full pay! I got my promotions and raises at the earliest possible dates. The first Internet connection in the department came to my PC. All these started from that first day in office, when I chose to learn a new skill, instead of falling to the Ego trap. The lesson has stayed with me. Future is unknown and uncertain, but one thing is certain. If we have an open mind to learn and adapt, let go and move on, we can take the unknown future as our opportunity to survive and shine.

What to do when you feel like GIVING UP?

The First Step to know An Organization