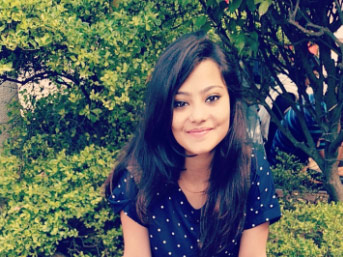 He was tall, dark and handsome. But that’s not what made me see him. What attracted me to him was his silence. So quiet. Only his eyes did the talking…if ever there was any talking to be done. But never to me. Oh! How I longed to talk to them but no, they were stubborn that way. So I nursed my crush in secret. Well secret from him, because my friends knew it and I’m sure the rest of the office guessed it. We knew nothing about him. He joined midway last year. There were rumours. Apparently he had run away from his home (wherever that was), because he had been mixed up in something terrible. The coffee lady even whispered it had something to do with the ‘M’ word which everyone pretty much assumed to be murder. I just rolled my eyes at the pettiness that my fellow mates were full of. But the longing continued and soon I got my chance at him.

Christmas week had rolled by and like every year, preparations for the game of Secret Santa were underway. We played this a week away from Christmas where everybody was passed a bowl around with small chits which had names written on it. The person to get a name would become the “secret Santa” to that name and would be nice to that person for the rest of the week and end it by giving a really nice gift. All in secret. I thought this would be a perfect opportunity to get close to him. So my friends and I hatched a plan and when it was his turn to pick a chit, he was offered a bowl with only my name (Samantha) written on all the chits. And then started the delightful time.

The first note came the next morning. I reached my desk and noticed a red sticky stuck on my planner with the words “You are beautiful!” Knowing who it could be I blushed my way through the rest of the day. Before I was about to leave for the day, I looked up to see if he was still in his cubicle. He was. So, I took a sticky note of my own and wrote a hurried goodnight and stuck it on my planner and left. Again, the next day I got a good morning wish and a nice message (all in sticky notes of course). I also got lunch delivered to me and some chocolates in the evening. This continued for the rest of the week. Sometimes it would be coffee or sometimes a cab would be called for me before I left for the day. But on the morn of Christmas Eve I got a red box tied with a white ribbon. I opened it to find a dark red frock and a note saying, “Wait for your Santa tonight.”  My face flushed and I knew. I could not wait.

That night everything was ready. The lights were all off in my house and the whole place was lit with only candles. I had bought the costliest red wine I could get my hands on. I got the bedroom tidy, the bed enticing. And in the end I changed into the red frock and waited. With bated breath I waited. 15 minutes to Christmas. What was I in for? 10 minutes….5. I heard a thud behind me. He had come in through my bedroom window! I trembled as he placed a hand on my naked shoulder and turned me around. So cold. I slowly looked up and into his eyes. Something was different. Something was wrong. A blank. A thirst? For what? He kissed me. And in that kiss I knew. They were not wrong. I was. The red frock was not a gift. It was a cover. To camouflage my blood. But it was too late and I saw the entire week flash before my eyes “Merry Christmas Sam.” He leered as he pushed the knife into my stomach. The clock struck 12.

KSOM Alumna, Ms. Shourjayoni Rakshit, better known as Shour, is a woman of her word. She formerly worked as a Sales Manager at IDFC First Bank in Kolkata. A gold medalist in academics, an avid reader, and a music junkie at heart, she seldom falters when she makes up her mind to do something. When not working, she dabbles in singing and working her way round the camera. Her commitment to Harry Potter and salted potato chips is unparalleled. Currently she is aspiring to be a Digital Marketer and dreams of making it big in the corporates someday.