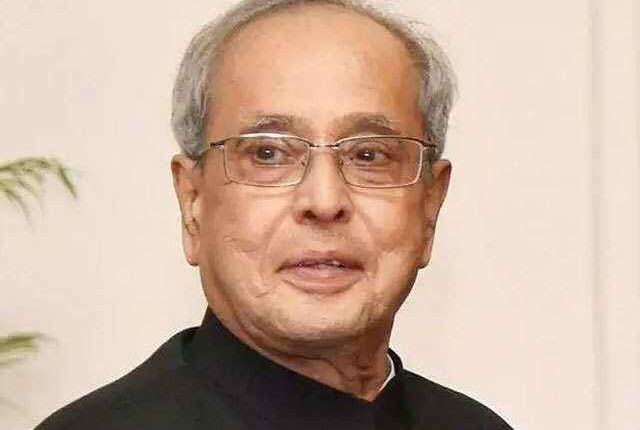 Former President Pranab Mukherji is no more. From my college days as a student of Political Science, I have followed the career track of the former President who got his first ministerial Berth under PM Indira Gandhi, and ended his career as President of India during tenure of Narendra Modi as premier. He always held the most important ministerial portfolios in his long political career, mostly as a MP in the Rajya Sabha! The joke about him was that he could never win the votes of poor to enter the lower House of Parliament but always had enough votes from rich to enter the upper house. On a serious note, he was the quintessential minister material! If he enters the Parliament then must he enter as a Minister. Such was his stature as an intellectual politician. He was a rare talent, spotted by Indira Gandhi who inducted him as a Minister in his first term as MP. He could read very fast and digest reams of documents containing data, numbers, and process all that in his mind easily like a computer! Rare to find in political turf!

A thorough gentleman, the Opposition loved him for he could criticize without offending. He was the eternal No.2 of all Congress PMs, in stature and respect if not by protocol. He was in line to succeed his mentor Indira Gandhi and would have made an excellent PM but for the coup staged by a coterie that beguiled and misguided a simple President Giani Zail Singh to swear in hurriedly an immature, inexperienced Rajiv Gandhi without the mandatory cabinet recommendation note to President! Rajiv paid a price and India suffered anarchy for almost his entire tenure and a little more during unstable coalitions for three years.

Pranab Mukherji was upset not because he didn’t get the job but because a parliamentary tradition was broken! The coterie hounded him out of the Party, planted media story to soil his image but he held on long enough without falling into any wrongdoing. Eventually, he was welcomed back in INC and his honour was restored. He was the face of his party in Parliament when AB Vajpayee became PM. He was instrumental in picking the holes in India Shining campaign and designing a strategy to criticize BJP while praising Vajpayee in public.

That was a strategic master stroke which returned INC to power and Pranab Mukherji was a whisper away from becoming PM of India. He wasn’t lucky the second time either with the coterie still active on the chess board in the back room. He had to settle for being once again No.2 to a person who reported to him not long ago as his advisor in the Finance Ministry! Pranab Mukherjee lost the most powerful office in Indian Political System but kept his counsel to himself as an epitome of political humility. Soon he rose in stature as the chief trouble shooter, master negotiator and the man who held the magical glue to keep the flock of UPA together for a decade.

Next to Sonia Gandhi, he was the most important person in India as it became evident that the PM Dr MMS was only a nominal authority. The coterie was getting nervous that some day soon the Party rank and file might demand to make Pranab Mukherjee third time lucky. He was nominated for Presidents office to succeed another man who once reported to him, APJ Kalam. When he took office, he kept the dignity of Presidents office by staying truly apolitical and playing by the rule book of Constitution. Not a single decision he took was controversial. He recorded his name in book of history when he approved the GST bill and his address to the joint session of Parliament in the midnight marked the true unification of India! One Country, One Tax was his dream when he started as a junior Minister of commerce department and his pride was writ large on his face and in his emotional address that night. When he demited office, he changed his social media ID as Citizen Mukherji. When he was President, he insisted no fellow Indian should address him as Honorable President or Excellency, but simply as Mr President. He wanted people in a true democracy should do away with colonial vestiges that trap them in ego! He never wanted ego to come between brothers and sisters, his fellow countrymen. He had no enemies; only friends.

I had the good fortune to meet him once after he had demited office. I was carrying a coffee table book to present and a bouquet of flowers. He didn’t look at the flowers while accepting the bouquet but his gaze was fixed on the book I held. Today is not the day to share that picture but I will do so later to just show how fond he was of books! He was a voracious reader and that was the strength of the man with a short physical stature who could but walk tallest among most of the tall men who walked along with him, during his lifetime.

“Knowledge is Power”, Life of Citizen Mukherji, gives us a tell tale proof. RIP Noble soul. You have left your finger prints on the pages of history.