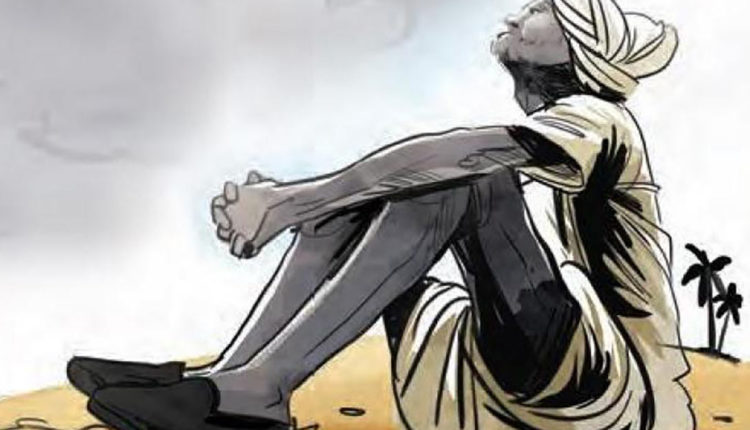 It has been since months now that the entire world has been battling with an invisible enemy which has spread its venom and dragged all of us down to a jeopardizing dark pit-hole for us to live like mice. It has literally engulfed the humdrum activities of all people alive on earth today. And of course, the brunt has to be worst borne by the underprivileged section of our society ~ “the poor”.

Modon da is one of them who resides in our locality and is completely dependent to feed himself by running daily errands, like selling bindi, earrings and sometimes by being a great physical help to anyone who calls upon him, not that he is very well built rather a partially grey haired, shabby looking, paltry, dwarf male of 38, whose smile widening out from his betel nut tinted rust lips, always stands out . But as we all know that master chef corona has spoilt everyone’s broth where Modon da couldn’t help but fall a prey as a premium member in the very first prey list of corona.

Nevertheless, to forget that he has got a handful of some philanthropic people in the society who do not allow corona to snatch away his daily bread and butter. I got to know the entire scenario when I saw one fine afternoon Modon da at our place for lunch. I was happy that we had got a visitor amidst the pandemic. Later did I come to know that it was my benevolent mother who voluntarily took her turn to serve him, like few other members of our locality did, turn wise almost each day to feed him. I heard him speak about how this pandemic has literally squeezed out every drop of well-being from not only him but so many other people.

It is just the brace of few people that has kept him from bring starved. It was already the 21st day of the ongoing Lockdown and Modon da did not even have a penny in his broken piggy bank. More than corona slapping him down, he was more worried about his sustenance. He wanted the Lockdown to be relaxed soon so that he could quickly catch a bus to bara bazaar area and grab few bunches of bindi, Kumkum and earrings to sustain himself for probably another 15 days.

It is people like Modon da who actually show us the crude and raw vision of our society which customarily remains concealed with the pretentious “glamorous and classy” society who rather prefer to invest in popcorn and lipstick instead of lending a hand to the real time needy people like Modon da. corona has thus been a wakeup call to an inexhaustible list of things among which the issue with the underprivileged section of our society craves for utmost attention.

Don’t Stare at Me