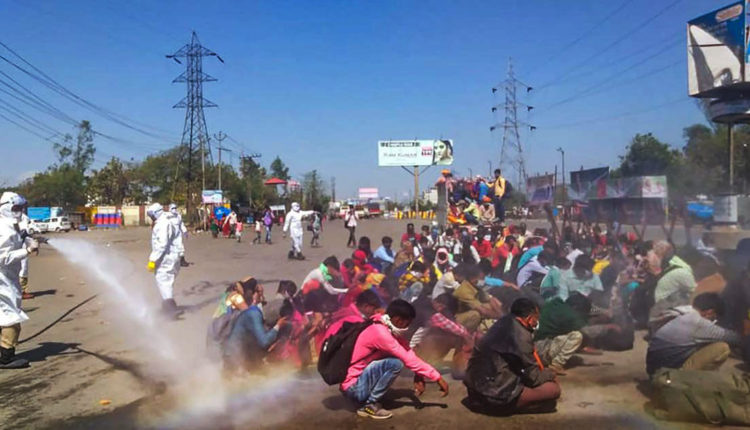 Requiem on the May Day

Arthur Lewis, the Nobel laureate, pioneered a Development model in 1954, in which he suggested that disguisedly employed workers in the subsistence agricultural sector should be transferred to industries in urban areas, to improve their wages and create surplus capital. China’s manufacturing hubs are testimony to this experiment, with substantial economic success.
India never adopted this dual economy model in a systematic way. But migration is a pervasive reality in India, with close to 40 million construction workers migrating interstate . I get to meet these migrant construction workers from Murshidabad, near my place in an outlying area of Bhubaneswar. The state government has been providing them decent food during the last eight weeks. They are happy that they are now allowed to work. More importantly, they are super excited that they may be transported back after three months of hibernation. When I asked them about their transportation , all of them plump for bus as a safe mode of conveyance, rather than train, as many arm chair pundits are suggesting.
The May Day symbolised a transition from 10- 16 hours of heartless work to 8 hours of humane work. Yet the utter helplessness of 120 million migrants during the national lockdown and closure of borders has been the biggest human tragedy since independence in India. On top of it they were given a chemical bath on 24th March at Bareilley. It has been one of the lowest points of high handedness by an overstretched police.

Albert Camus wrote : Everyone loves to have a slave, even the slave has a dog! The slave driver mentality towards the disorganized workers (90% of total workers) must be eschewed . As I meet Azaruddin Shaikh and his friends every day, I am touched by their forbearance and the way they dote upon Auro, my pet. They play with him and even share their frugal meal. On this May day, the least they do not deserve is the mark of a baton on their bare backs, or spray of chemicals or water over their teary eyes. They must go home, safe, and live with some modicum of dignity as part of right to life guaranteed to them in our Constitution. They do not need charity or doles, but right to work and live with dignity . Social distance can not be a subterfuge for unleashing inhumanity & Indifference!

The Thespian Passes Away

A PICTURE OF HUMAN EMOTION DURING THE WORLD LOCKDOWN