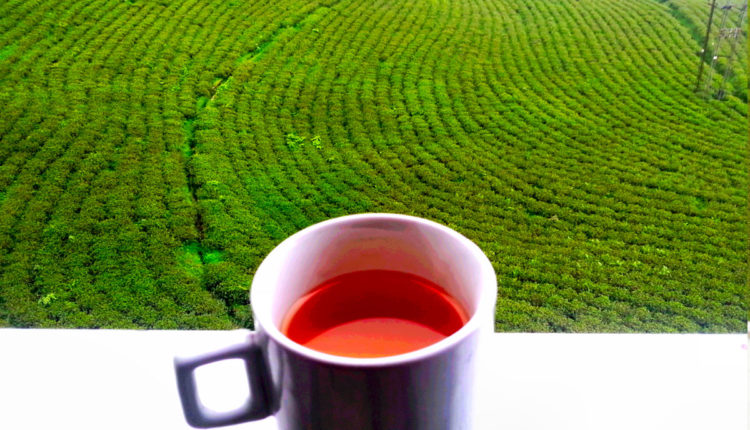 Expedition of the “camellia sinensis”- TEA

It is pretty canonical to celebrate the World’s Tea Day, (supposed to be on the 21st May) which sips in the simmering flavors of 3 billion cups of tea a day!

A 5000 years old traditional medicine has spruced up as an elixir of pure refreshment all over the world! A cup of ‘morning tea’ is the perfect remedy to kick start a day!

Indian streets are rushed with this liquid gold, especially for youngsters it is an indispensable ‘Hotbed’. A day’s checklist without missing ‘çhai-sutta’ accompanied by dramatic ‘Áddas’ is basically what calls it a day. Well, tea has abstractedly become a “de-rigueur” for generations now. This aromatic beverage spreads it appraisals from the zenith of the Ladakh region to the beds of the Andamans, anytime anywhere, that to in different names and flavours! Like for instance “Kehwa Chai” is a traditional Kashmiri tea flavored with cardamom and infused with cloves, cinnamon, and saffron. It is basically green tea with flavors of spices, traditionally prepared in a brass kettle known as samovar.

But if you think that it is India from where tea has its origin then lets delve a little more on the history of this “pekoe”.

Tea as a drink originated in China in ancient times. It was an avid traveler of the silk routes. Portuguese were the 1st to drink tea from China and it reached Europe in the beginning of the 17th century and was soon introduced to Japan at an early date. At a very short time it achieved popularity widely. It was an extravagant drink until the East Indian Company carried it in its own ship. Only then did the British elite society went mad about it, while the Dutch adopted a daily tea drinking habit. The British were the inaugurators of adding milk to the trendy drink.In 1658 the ‘Dutch brought tea’ was sold in London, advertising its miraculous health benefits and since then it earned popularity and was sold in many coffee houses of England. Only the paucity was visibly moved when the West Indies oriented it with the addition of sugar, nevertheless making it the favorite star of their gossips and quoting it as the much priviledged  “tea time” among the elite ladies of the then prevailing era.

The opening of tea in India saw a pale history, quite an unethical one. The world’s tea supply came from China and so all Europeans wrestled to get more bags of tea for themselves. Amids the frequent trading raged between china and the British, tea was the sole reason which culminated into the opium wars. It is truly incredible to imagine this petty, essential, patent drink as an exorbitant beverage of the ‘”Once upon a time in history.” Although tea plants were discovered in Assam towards the outset of the 20th century, yet it is so said that the tea plant was stolen by a British official in disguise from China and was planted in the moist climate of Darjeeling, in North Bengal after an intensive examination for its suitable climate. This briefly defines the journey of tea in this culturally diverse land, so remarkable that today India stands as the World’s largest consumer of tea (nearly 30% of the global consumption) and the 2nd largest exporter of tea. Hence we can say that the British favorite drink became the National drink of India & the preferred beverage all over the world.

In Search for Love & Truth