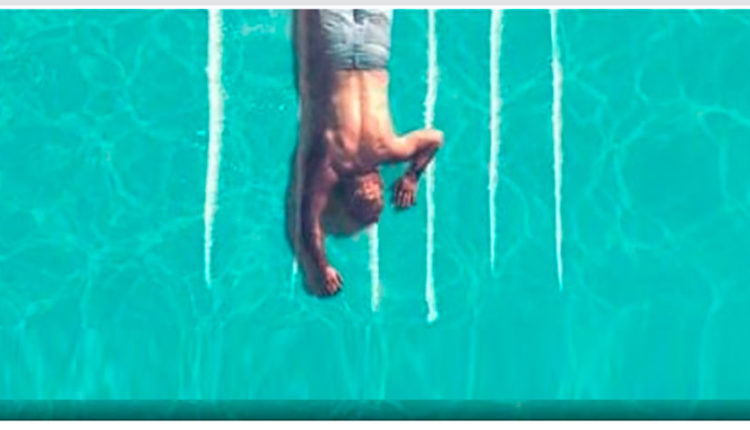 In Search for Love & Truth

Ernest Hemingway wrote in the Oldman and The Sea(1952) : Why do old men get up early? Perhaps to have a longer day! He had not bargained for Netflix and Amazon , which has made even the oldies baying for a longer night, binge watching serials like Patal Lok and White Lines, streaming hot and happening! It’s a tasty, tangle of mystery where a sister goes from Manchester in search for the mysterious death of her brother at Ibiza in Spain , 20 years ago. Her brother went there to escape his tyrannical father, to find his voice as a famous DZ. She comes across his bizzare bunch of friends, who are crass sex and drug addicts. In the white Isle and inviting emarald water, Zoe questions the foundation of her own Victorian, prudish life and discovers bliss with a club bouncer, Boxer, played brilliantly by Nuno Lopes, a Portuguese actor and DJ in real life. Boxer seems to strike the balance between reticence and rave parties, fidelity and fickleness, mendacity and truth.

The serial reminded me of a prudish Satyajit essaying soft love making of Bimla with Sandip in Ghaire Bairey ( 1984) ,and a bolder Aparna, going wild with Brinda’s love lore with a Hindu nationalist, during the absence of her Liberal editor husband in the new version, Ghare Bairey and Aaj(2019).
Cinema has indeed come a long way from the butterflies kissing as surrogate sex to crass vulgar dialogues , nauseating violence and unimaginable sexual gyration in digital platform . Prudery is passe and the boundary between the smut of the slums and mystery of the elite has evaporated.
In these emancipated times, the lock down has discovered new sanctuaries in Net flix, which has clocked a 25% increase in business, just as Amazon at 24%, as Indian economy has sunk by 25% in Q1( ICRA) and repo rates plummeting to 4%.
White Lines has some remarkable nuggets. I loved the character of Boxer and his merciless addiction to truth, and unwavering love for Zoe. It did not rest on mindless sex or endless orgy. I loved the line when he says : As we get old in marriage, it should not happen that we do not know what to talk, while out for a dinner. As an old fashioned Liberal romantic, I found this observation, a good wake up call.

I also loved watching Patal Lok and particularly Jaideep Ahalwat, the cynical inspector in the serial , who is a real discovery. As he pursues truth in the labyrinths of India’s cesspool of caste and filthy politics, Indian cinema walks hand in hand with the best of Global cinema, as it did when Ray strode the global stage with Pather Panchali in 1955. Digital freedom has become the new normal & blurred the white lines between the elite and the hoi polloi, the oldies & the young! .

What I Read Beyond Academics Last Month

Expedition of the “camellia sinensis”- TEA