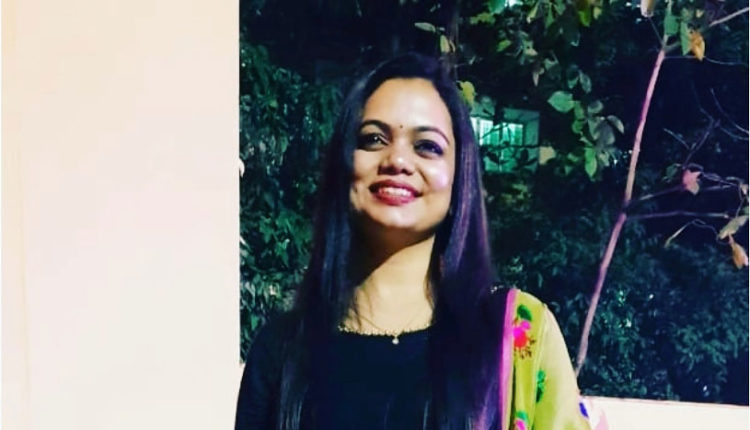 Navaratri begins with a night of worship and celebration in honour of Durga’s avatar Shailaputri, whose name means “daughter of the mountains.” Also known as Sati Bhavani, Parvati, or Hemavati, she is the daughter of Hemavana, the king of the Himalayas. Shailaputri is considered to be the purest embodiment of Durga and the mother of nature. In iconography, she is depicted riding a bull and holding a trident and a lotus blossom. The lotus represents purity and devotion, while the prongs on the trident represent the past, present, and future.

On the second day of Navaratri, Hindus worship Brahmacharini, whose name means “one who practices devout austerity.” She enlightens us in the magnificent embodiment of Durga with great powers and divine grace. Brahmacharini holds a rosary in her right hand, representing the special Hindu prayers recited in her honour, and a water utensil in her left hand, symbolizing marital bliss. Hindus believe she endows happiness, peace, prosperity, and grace upon all devotees who worship her. She is the way to emancipation, called Moksha.

Chandraghanta is the third manifestation of Durga, representing peace, tranquillity, and prosperity in life. Her name is derived from the Chandra (half-moon) in her forehead in the shape of a ghanta (bell). Chandraghanta is charming, has a golden bright complexion, and rides a lion. Like Durga, Chandraghanta has multiple limbs, usually 10, each holding a weapon, and three eyes. She is all seeing and ever vigilant, ready to battle evil from whatever direction.

Kushmanda is the fourth form of the mother goddess, and her name means “creator of the universe,” for she is the one who brought light to the dark cosmos. Like other manifestations of Durga, Kushmanda has multiple limbs (usually eight or 10), in which she holds weapons, glitter, a rosary, and other holy objects. The glitter is particularly significant because it represents the sparkling light that she brings to the world. Kushmanda rides a lion, symbolizing strength and courage in the face of adversity.

Skandamata is the mother of Skanda or Lord Kartikeya, who was chosen by gods as their commander-in-chief in the war against the demons. She is worshipped on the fifth day of Navaratri. Emphasizing her pure and divine nature, Skanda Mata is seated on a lotus, and she has four arms and three eyes. She holds the infant Skanda in her right upper arm and a lotus in her right hand, which is slightly raised upward. With her left arm, she grants blessings to the Hindu faithful, and she holds a second lotus in her left hand.

Katyayani is worshipped on the sixth day of Navaratri. Like Kalaratri, who is worshipped on the following night, Katyayani is a fearsome sight, with wild hair and 18 arms, each clutching a weapon. Born in a fit of divine rage and anger, she emits a radiant light from her body from which darkness and evil cannot hide. Despite her appearance, Hindus believe that she can bestow a sense of calm and inner peace upon all who worship her. Like Kushmanda, Katyayani rides a lion, ready at all times to confront evil.

Kalaratri is also known as Shubhamkari; her name means “one who does well.” She is a fearsome-looking deity, with a dark complexion, disheveled hair, four arms, and three eyes. Lightning issues from the necklace she wears and flames shoot from her mouth. Like Kali, the goddess who destroys evil, Kaal Ratri has black skin and is worshipped as a protector of Hindu faithful, one to be both honoured and feared. In her left hand, she holds a vajra, or spiked club, and a dagger, both of which she uses to fight the forces of evil. Her right hands, meanwhile, beckon to the faithful, offering them protection from darkness and allaying all fears.

Mahagauri is worshipped on the eighth day of Navaratri. Her name, which means “extremely white,” refers to her luminous beauty, which radiates from her body. Hindus believe that by paying homage to Maha Gauri, all past, present, and future sins will be washed away, imparting a deep sense of inner peace. She wears white clothes, has four arms, and rides on a bull, one of the most sacred animals in Hinduism. Her right hand is in the pose of allaying fear, and her right lower hand holds a trident. The left upper hand holds a damaru (a small tambourine or drum) while the lower one is thought to grant blessings to her devotees.

Siddhidatri is the final form of Durga, celebrated on the final night of Navaratri. Her name means “giver of supernatural power,” and Hindus believe she bestows blessings upon all deities and devotees of the faith. Siddhidatri grants wisdom and insight to those who appeal to her, and Hindus believe that she can do the same for deities who worship her as well. Like some of Durga’s other manifestations, Siddhidatri rides a lion. She has four limbs and carries a trident, a spinning disc called a Sudarshana Chakra, a conch shell, and a lotus. The conch, called a shankha, represents longevity, while the spinning disc symbolizes the soul or timelessness.

His Grace on all of us