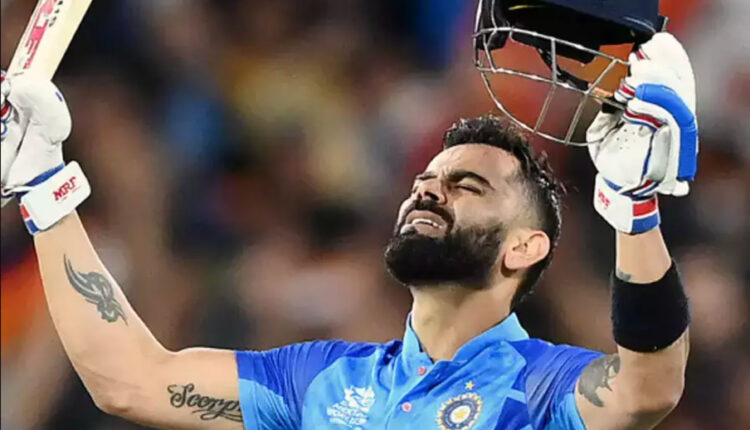 When Richie Benaud, the most admired commentator, captain and leg spinner, joined the rebel
World Series Cricket series in 1978, no one could call him a mercenary. But the orthodox cricket
establishment was fitfully flummoxed. When asked for the reason, he said its an attitude to a
game that matters, where the very best of bowlers are pitted against the best, and the spectators
get their thrill, to the lees.You do not sit judgment on what is pure and proper, but what is sublime
and most competitive, wrote Benaud.

Viv Richards had that attitude, of insouciance, will to dominate when he walked into the field
munching chewing gum, to put the best of Australian bowlers to swords in the 80s. Dennis
Compton,who played cricket and football with equal felicity in the 1950s, had that attitude when
he faced Lindwall and Miller at their fiery best and played the hook with nonchalance, much like
our Rohit Sharma. Imran also had it, against the mighty Australians and quite clearly against the
Indians in the 1980s, whom he routinely pummeled.

Attitude in Indian cricket started with Saurabh Ganguly when he took off his shirt in the Lords
balcony in 2002, after the improbable win in NatWest Final, when Yuvi and Kaif, the buccaneer
and the silent serpent played an incredible partnership. Dhoni had it great measure, when he
allowed Sachin to hog all the limelight after winning the 2011 World Cup final, though he along
with Gambhir were the real stars of the phenomenal win. Yuvi also had the attitude of a profligate
hitter,when he hit six sixes in the 2007 T20 tournament. King Kohli has the same attitude, of
supreme ability and certainty, tinged with a care to hoots attitude with uncommon fitness.

But Indian cricket, and possibly world cricket, has never witnessed a scenario, where both the
captain and the coach can have an attitude, and yet be buddies like a house on fire.
Ravi Sashtri and Kohli belong to their rarest breed of partners, who doted and flourished in each

other’s company. No wonder, in the staid, conventional attitude world that we straddle, such an
attitude in public becomes unacceptable. It was sad to see the concerted campaign to see the
back of Shastri and drop Kohli for the T20 world cup for his lack of form, little realizing that form
is temporary but class is permanent. When we hark back in history, even King Richards
floundered against the rising deliveries of Thompson and Lilee in the 1975 series, as did Bradman
against Larwood in 1932. It was amusing to hear Gavaskar advising Kohli to consult Tendulkar,
how to negotiate in swingers when Sachin himself had a weakness against Ambrose. Sunil
Gavaskar was also vulnerable to in-swingers from Imran. As a riposte, Kohli went on record to
say how he sorted out his problems against Anderson outswingers in 2014 but did not visualize
any perceptible technical snag in his batting. It’s a matter of time before he will come back to his
match winning form.

It was most heartwarming to see how at the end of the phenomenal finish against Pakistan, it was
Shashtri, the commentator who quoted Shakespeare, ‘Cometh the hour; cometh the man’ to
describe Virat’s incandescent innings of 82 in 53 balls, that won the match for India. To be fair,
Hardik, who is a soul mate of Viraat, had a great contribution in the win, a fact acknowledged by
Kohli. Their partnership was reminiscent of the frenetic flogging of English bowling by Yuvi and
Kaif. In terms of attitude, Hardik brings to the table the same attitude of Viraat,one of supreme
confidence, and an indefatigable will to win.

Botham match winning performance in 1981, Laxman epic 291 in Calcutta Test in 2001 and Ben
Stokes’ in Headingley in 2020 are most improbable wins in the longer format of the game. In the
T20 format, Virat 82 would be the most definitive match innings of all time given the fact that
Indians were 48/4 after 10 overs and the Pakistani bowlers were firing on all cylinders. Virat’s six
over long on and the flick for a six in square leg off Rauff, the most menacing bowler from the
Pakistani pace stable, were shots by a batsman, who combines skill, grit, fitness and attitude in
equal measure. Garfield Sobers played a similar lofted six off Ian Meckiff in the Brisbane Test in
1961 which landed at the feet of Bradman, who was the manager and coach of the Australian
team led by Richie Benaud. Viv Richards played a similar flick off Len Pascoe in 1981. They were
shots by batsmen with attitude.

Ravi Sashtri writes in his autobiography Star Gazers that there is Viv Richards and every other
batsman comes there after. Holding writes in his autobiography No Holding Back that Viv was the
most difficult captain to play under as he expected everyone to play at his level of excellence and
was impatient. In Shastri’s assessment, Kohli comes very close to Richards in terms of prodigious
talent and the will to win. Quite clearly Kohli brought in to the team the need to be supremely fit
and to be match winners. He is an emblem of envy by even the supremely fit Australians and at
the same time a doting star for all the Pakistani players. In a country driven by jingoism against
Pakistan, he is like a calming polestar, a totem whom every Pakistani player and commentators
like Wasim and Waquar adore. It is sad that in such a pulsating possibility of a sporting contest
between the two countries, the BCCI Secretary tries to foreclose the Indian cricket team’s visit to
Pakistan . Mr Jay Shah should profit from reading Sehwag’s autobiography The Virendra Sehwag
Story of how people of Multan doted on the Indian team, though they lost matches to India in
2004.

Times have changed, so have attitudes. Gone are the days, when Miandad would jump like a
monkey to get under the skin of More or Imran would consider Inzzy to be a better batsman than
Sachin. We are no longer fettered by the prim and proper, conventional norms. Rohit hoisting
Viraat after victory is emblematic of this attitude as was Dhoni taking a back seat and allowing
Sachin to savour all the glory after 2011 World Cup win. Be it Benaud, Compton, Imran, Viv

Richards, Saurav,vDhoni or Virat – they seamlessly stitch a single factor – attitude, as the
predominant leitmotif of their persona and leadership. No wonder, cricket has been the winner
and the game richer in terms of excellence, bonhomie, because it has tried to come out of the
cocoons of narrow conventions and not being judgemental.
Prof SNMisra is a cricket buff