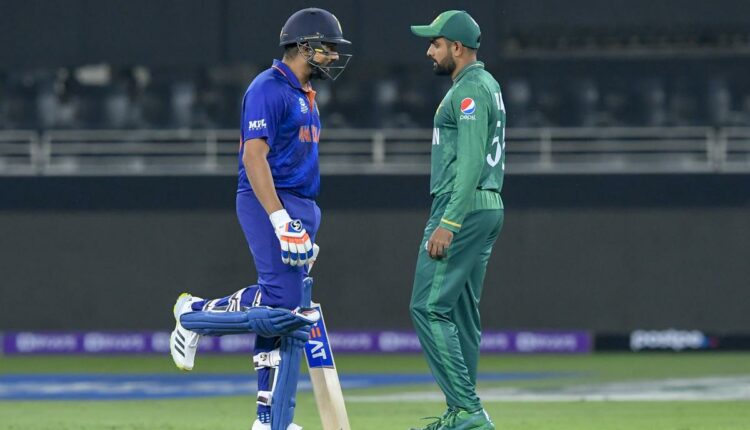 The Indo-Pak cricket matches are far more intense than the Ashes rivalry, as the two nations were carved out in 1947 on the palimpsest of religious identity, jingoism, and political chicanery. A million died in the bloody partition and nearly 10 million migrated to the other side. When the Indian cricket team visited Pakistan in 1952 for a test series Hafez Kardar was the Pakistani captain. He had played for India against England. The Indian team won 2-1. But the subsequent test series in 1955 & 1961 were listless draws. They played not to lose & the quality of cricket suffered. The wars in 1965 & 1971 blighted any further test matches, till 1978-79 when a team under Bedi visited Pakistan. Under the leadership of Mushtaq Mohammad, a redoubtable allrounder, Imran, and Sarfraz bowling in tandem, outstanding batsmen like Zaheer, Mudassar, and Miandad pulverized our famed spin troika of Prasanna, Bedi & Chandra.    We lost the series 2-0, and B&W TV for the first time captured the visuals of Pakistan walloping India. Except for Gavaskar, India’s pride was in tatters. No one played the pace and inswinger of Imran with any assurance.

Pakistan has always been blessed with excellent pace bowlers. Imran with his inswingers, Wasim Akram, possibly the greatest left-arm pacer of all time, Waqar with his deadly Yorkers, and Shoaib with his deadly pace tormented every country, with the possible exception of Australia. The watershed moment in Indo-Pak cricket was when Javed Miandad lofted Chetan Sharma for a last-ball six to lift the Asia Cup in 1986. The Pakistani domination was checkmated during India’s cricket tour of Pakistan in 2004.  Sehwag scored 309 at Multan & demolished their bowlers, the way Zaheer did in 1978. Shoaib Akhtar writes in his autobiography’ Controversially Yours’ that the Pakistani team was not as much worried about Tendulkar, as they were about the daredevilry of Sewag and Yuvraj. The series was also marked by enormous bonhomie between people of Pakistan and Indian players. With so much in common in terms of culture and cuisine,  jingoism took a backseat and cricket was at its resplendent best.

But Indian pacers were never a match for the Pakistan pace attack. It was always billed as Pakistan’s pace versus India’s batting after 2004. Till Jaspreet, Shami arrived on the scene. India has now an enviable pace combination.  As the teams were preparing for the first match on 28th August, Wasim regretted that they would not witness their star bowler Shaheen Afridi and our boom boom Bumrah, due to injury Little did he realize what stuff Naseem, the debutant, is made of. With the second ball of the first over he cartwheeled the stumps of K Rahul. Surya Yadav, the 360-degree batsman had the same fate against him The abiding image of the match was the way a hobbling Naseem, suffering from serious cramps due to heat picked himself up and completed his over. The other abiding image was the way Jadeja partnered with Hardik. Naseem Saha reminded me of Mohammad Amir’s hostility against India in the Asia cup final in 2016, when except for Kohli, no other batsmen had a clue, about how to handle Amir.  India won the humdinger, thanks to the Jadeja Hardik partnership and Hardik’s effortless blazing bat & the six that he hit in the last over to clinch the match. It was a payback to Miandad’s pugilism in 1986 and a vindication of India’s pride to overcome Pakistani bowling at its best.

The match showed how the spirit of cricket triumphed.  In contrast to the high-octane hatred spewed by our politicians, the bonhomie displayed by the players and the commentators on either side was heartwarming. Gone are the days, when Miandad jumped like a monkey to rile More, the wicket-keeper in 1992.    Gambhir, though a BJP did not allow his judgment as a cricketer to cloud his political predilection.   Waqar praised Kohli to the skies. Gambhir spoke glowingly about Babar Azam, who looks a cross between Tendulkar and Kohli. None of the Pakistani players showed any lumpen bellicosity when wickets were falling; nor were they sledging each other.   Hardik was seen fondly putting his arms around Pakistan’s stumper. Politicizing cricket dents people-to-people contact and deprive people of the joy of watching cricket at its best.  The Pakistani players must also be allowed to play in IPL. The same goes for allowing actors from Pakistan to participate in our movies and singers like Ghulam Ali, and Rahat Fateh Ali to perform in India. Narrow nationalism must not stand in the way of cultural exchanges and cricketing tours. It’s time we do not surrender our sense & sensibility to narrow chauvinism and fanatical nationalism.  The bus ride that Atal Bihari Vajpayee took in February 1999 to Lahore & the statesmanship that he displayed should be the political template for India. The match on 28 th August showed that culture, courtesy & cuisine are the best ambassadors for foisting the spirit of cricket & healing the wounds of the past.

Professor Misra is a cricket buff.

WHO MOVED MY CHEESE?