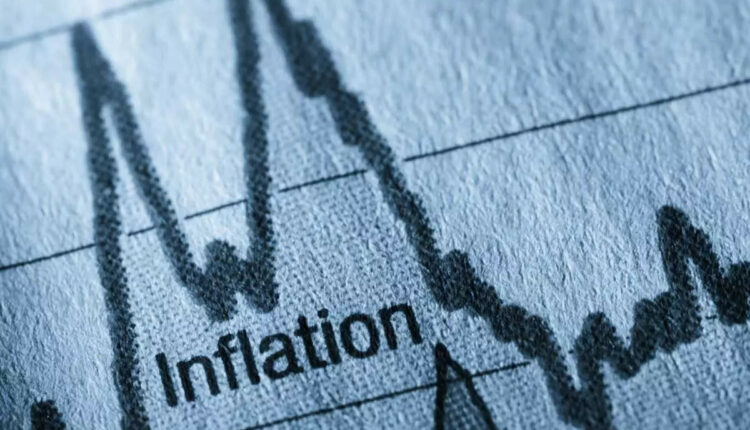 Prof. Jan Tinbergen, the first Noble laureate in Economics, had famously said that for each target you need one instrument; like for combating inflation you need to raise the repo rate. Paul Volker, the Federal Reserve Bank governor of USA, adopted this inflation targeting policy which brought down inflation from around 13% in 1979 to about 4% by 1981 by increasing the repo rate to 13%. While it had disastrous consequences in terms of spawning recession in USA for quite some time, the spectre of inflation never returned to USA thereafter. During Raghuram Rajan’s stint as Governor of RBI, inflation targeting through repo rate was successfully practiced and the double digit inflation came down to 4% by 2017, by reducing repo rate from a high level of 8.5% in 2008 to 6%. Rajan’s tenure as a Governor witnessed also   a stable exchange rate through timely intervention by the RBI.

Since 2016 the earlier practice of the RBI Governor deciding the repo rate has been supplanted with a Monetary Policy Committee with experts from the IIMs, economics & statistics   participating in the deliberation along with RBI insiders to decide the repo rate. The general consensus has been that the MPC has been taking a broader based approach to rate determination.  In February 2020 the MPC had decided on repo rate to be 5.15, which was brought down a record low of 4 and a CRR of 3 in May 2020, keeping in view the need to resuscitate the economy from the grip of Covid 19. For almost 2 years the MPC persisted with this rate, drawing criticism that it is not taking note of spiralling inflation breaching 6% on a persistent basis since March 2021. The Russia Ukraine conflict and the abnormally high oil prices has also contributed to the cost push inflation due to supply chain bottle neck and abnormally high energy price ($120 as against a target of dollar 75 per barrel assessed in the budget).

The move of the RBI to increase the repo rate by 90 basis points in quick succession in April & June was expected.  It appears as though the RBI is making up for its past mistakes of not increasing the reporate earlier. The RBI Governor has stated that inflation during 2022-23 would be around 6.7% which will be higher than the glide path of 4-6% recommended by the Urjit Patel committee.  The growth forecast has been pitched at 7.2%. But the most surprising element of the RBI policy is that it has cast aside its earlier advocacy of ‘accommodative stance’. In other words, it looks as though that in future the repo rate might go up to 5.5% in order to tame the spiralling beast of inflation.   Most specifically the home loan buyers would be hugely affected as the home loans are linked to repo rates. Similarly, durables like car are also going to be negatively impacted. Economists like Kaushik Basu believe that India is slowly inching towards stagflation, a phenomenon which was witnessed in the USA in 1970s when high inflation partnered with stagnant production.

Such a pessimistic prognostication seems to be unwarranted because the finance minister has taken a number of measures to boost the MSME sector and a slew of fiscal stimulus. In particular increase in the capital expenditure budget by nearly 35% has been a significant move to propel employment and demand. From an average of 2.1% of GDP in the last decade, the capital expenditure is now around 2.9% and the prime beneficiaries would be sectors like roads and railways. This has the potential of spawning growth in other sectors   through Keynesian multiplier effect and prime the pump for private sector investment. The other development which needs to be complimented is the increase in the minimum support price of around 6-9% announced by the government for a number of crops.  In particular, pulses, and oil seeds would be hugely benefitted as also paddy which will spur sowing in Punjab, Haryana and UP. This is a welcome move as the agricultural sector has been one of the most resilient and vibrant sectors of the Indian economy during the pandemic, in the face of food nationalism that was noticed globally.

Dr C Rangarajan, earlier Governor of RBI often says:  Monetary policy has efficient breaks but poor accelerator. This is true that monetary policy through repo rate and increase in CRR can stifle credit  while the fiscal policy is far more effective in promoting  growth  through tax rate, incentives for savings and investment.  It was Ben Bernanke, the US Fed Governor, who implored the Fed to look at inflation control and growth in a complementary manner.   Monetary policy and fiscal policy are like two wheels of an economy’s chariot. Unless they move harmoniously the economy cannot trundle smoothly.  During the pandemic  this synergy between the RBI and the government was in ample evidence ;  the way policies of the govt. in terms of supporting MSME without collaterals  was put in to practice by the banks by providing liquidity in the system.

However, there are a few areas where the economy needs to be wary of. Prof. Richard Musgrave had observed that the most important mandate of an economy is it macro-economic stability. They encompass essentially four facets, viz a strong rupee, low inflation, unemployment below 5% and low indebtedness.  It was Kenneth Rogoff   in a seminal article (Growth in a time of Debt) (2012) had assessed that if debt is an excess of 90% of GDP, the mean growth would be as low as 1.7%%, as against 3.7% when debt is below 30% of GDP. India committed to containing its fiscal deficit to 3% in the FRBM Act 2003 by 2008. However, we have slipped badly, thanks to the fiscal stimulus during the pandemic. Though the economy is now recovering the combined debt of Centre and the states is around 90% of the GDP.  The other area of serious concern is the precipitous fall of rupee to around 77.6 per dollar.  This would need to be contained urgently through market intervention by the RBI in a more effective manner. India needs to invest more in infrastructure, education, health and skill. Happily, the tax collection trend, particularly in GST has been encouraging. The way forward for the government & the RBI is to ensure macroeconomic stability, tame inflation, contain debt, promote employment and remove bottlenecks in supply chain management. It’s a tall order ,but realizable.