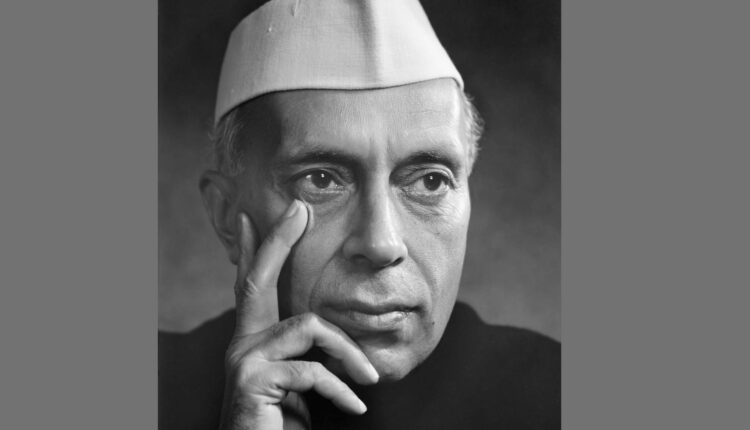 On 16 th May 1951, PM Nehru moved the first constitutional amendment bill, ominously declaring that the magnificent Constitution that he and his compatriots in the Constituent assembly had framed fifteen months earlier had been purloined by the lawyers. Fundamental rights, civil liberties and individual freedom, ideas that dominated the political discourse in the 19th century were relics of a static age that preserved existing social relationships and social inequalities, Nehru argued. He had many reasons to be angry. The new schemes of social engineering that he had pioneered, land reform, zamindari abolition, nationalization of industry, reservation for backward classes, the bedrock of Nehru’s socio economic policy, had been struck down by the Supreme court as being violative of constitutional bounds. The feeling that the government was under judicial siege had gained credence. To top it all, he was facing withering criticism if the press. The first amendment was Nehru’s way of striking back by constraining the fundamental rights that had proved to be road blocks for his plans for socio economic transformation.

The amendment had four prongs. It introduced new grounds to curb freedom of speech enumerated in Article 19- public order, security of state, and relation with foreign states. It provided the constitutional infrastructure to expand the governments arsenal to clamp down on dissenting voices. Secondly it enabled community based reservations by empowering states to make special provisions for any socially or educationally backward classes of citizens. This has trumped right to equality and freedom from discrimination in the pursuit of social justice. Notably it excluded any mention of economic backwardness in order to ensure that caste remained the primary consideration for assessing backwardness. Thirdly it circumscribed the right to property and vastly expanded the protection given to zamindari abolition. Finally, it created a special schedule in the Constitution, the infamous 9th schedule, as a vault where laws placed made them immune to judicial challenge even if they violated fundamental rights. By doing so, Nehru foreclosed the possibility of legal challenge any legislation connected to land reform or nationalization.

In a nutshell, the first amendment subordinated fundamental rights to government policy, sought to emasculate the power of judicial review of courts, and provided the constitutional foundation for state repression of civil liberties and press freedom. Indian democracy described by Ambedkar as ‘top dressing on undemocratic soil ‘has never been the same again. The amendment legitimized a view that a “Constitution rather than being the foundation of the nation’s social contract was a legal document to be amended whenever it came in the way of the supposed urges of the people’. With the first amendment, India’s constitutional journey began with an entirely unhealthy emphasis on executive supremacy, deprivileging individual rights and treating fundamental rights as secondary to electoral and ideological considerations. To quote Chief Justice Hidayatullah ‘Fundamental rights became the plaything of special majorities.’

Much of this was exacerbated by the reasoning presented by Nehru in the Parliament: judicial striking down of legislation as denial of democracy, fundamental rights as obsolete remnants of the French Revolution, the primacy of government’s promises over the Constitution, the duty of the state to champion socio economic transformation over the protection of individual freedom. In sum, Nehru’s reasoning presented almost an inversion of the constitutional order, in the express pursuit of political agenda. Many legitimately believed that Nehru guided by a partisan political agenda was laying the constitutional ground work for potential executive despotism.

The amendment witnessed some of independent India’s fiercest parliamentary debates in which stalwarts like Kripalini, Kamath, Kunnzru and Ambedkar participated. But the verbal duel between Nehru and Shyama Prasad Mukherji ranks as one of the finest oratorical battles in Indian parliamentary history. NG Ranga , the Congress leader,  called Mukherjee the ‘ Indian Edmund Burke’. Mukherjje’s eloquent defence of ‘ Burkean conservatism’ was a fiiting riposte to Nehru’s progressivism. Nehru and Mukherjee were at the opposite ends of the political spectrum in 1951. They were debating foundational issues- the extent of right to free speech, the space for dissent, the use and abuse of sedition, the balance of powers between the organs of the state, that remain as relevant now as they were in 1951.

Nehru is widely credited as an embodiment of liberalism and progressivism in the popular imagination. However, the debate on the first amendment upends many of these assumptions. The position that Nehru articulated – the curbing of civil liberties including free speech, in pursuit of a socialist agenda belies his genteel liberal image. Mukherjee’s passionate defence of individual liberty and constitutional morality drew its tenets from classical liberalism. If the republic’s founding moment was transformative, this transformation was partially cut short by the first amendment ‘. Turning common perceptions on their heads, the debate of Nehru and Mukherjee shows, how the first amendment challenges popular beliefs about the halcyon days of Indian democracy at it first flush and asks uncomfortable questions about its present predicaments. For example, India’s draconian sedition law is a legacy of its colonial past that is now being misused as a means of silencing dissent. Not only are such laws constitutionally rooted in the first amendment that curbed free speech, they were championed by Nehru as a core component of political agenda.

From his election as an interim Prime minister in 1946 to his death on 27th May 1964 Nehru wielded an authority usually reserved for dictators. He was referred as India’s thaumaturgy personality, whose ideas defined the political and socioeconomic contours of India. It is equally true that he combined charm, idealism, petulance, ruthlessness with vanity to cross swords with his contemporaries like Shyamapada Mukherjee with their ideas. As BR Nanda, his biographer remarks:  ‘To the conservatives, he was an extremist, to the Marxists a renegade, to the Gandhians a non Gandhian and to Big Business a dangerous radical.’ Stranded amongst these labels, the first amendment that he engineered also unmasked his political agenda by whittling down the freedom of speech, bolstering executive tyranny and ushering in the unhealthy spectre of caste based reservation.