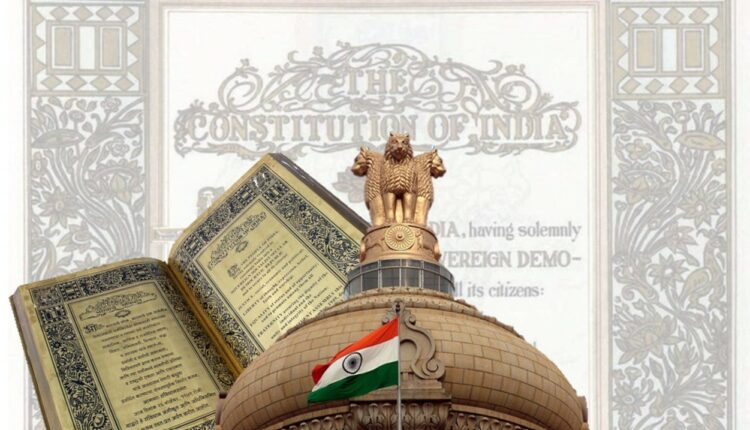 The Indian Constitution in Part Three has incorporated many Fundamental Rights which, if taken away arbitrarily by the state can be challenged in High Court & Supreme Court. These were hugely influenced by The Magna Carta (1215) & Bill of Rights (1791) of US Constitution. However, unlike the US Constitution where freedom of speech and expression is without fetters, the framers of Indian Constitution put a reasonable restriction clause at art 19(2). How reasonable are the reasonable restrictions become a highly contentious area for the citizens at large and vulnerable sections of the society in particular? The golden triangle of Fundamental Rights includes The Right to Equality, Right to Freedom and Right to Life. The Supreme Court is endowed with the power of judicial review, of the legitimacy and validity of legislative and executive action. The entire concept of checks and balances of three arms of the government is predicated on this.

One of the interesting cases that came to the Court involved the arrest of a few girls from Mumbai who had criticised the declaration of state holiday when the Shiv Sena leader Mr Bal Thackeray died. In their social media post, the girls had criticised the state action as he was not a high state functionary whose death would warrant a state holiday. They had also drawn reference to his controversial role in targeting Muslims during the Mumbai riots. The Police Authorities invoked Section 66A of the IT Act, 2000, which provides for three-year imprisonment for sending offensive messages in the electronic media. In the Shreya Signal’s Case 2015, Justice Nariman and Justice Jasti Chelameswar struck down Section 66A, as it was ‘vague, open-ended with a chilling effect on free speech’. It also made a distinction between advocacy and incitement, clarifying that only when a message becomes an incitement to violence then only restriction by the State would be construed as reasonable. This judgement is considered as a landmark victory for social media. Interestingly, in a recent case Justice Nariman was pained to note that the Police is still arresting people under Section 66(A), as many of them have not noticed the amendment to Section 66A in the IT Act. On the day of his retirement, Justice Nariman has observed that the right of people to criticise the government in the electronic media is part of their inalienable right. It would, therefore, be clear that Freedom of Speech and Expression both in the print and electronic media are fundamental rights of citizens, unless they incite and inflame people to indulge in violence, arson & vendetta.

The Government has issued new guidelines in 2021 for social media platforms to ensure ethical behaviour, fix responsibility and accountability in the event of any fake news being posted and any such post which purports to affect national security. They cannot take shelter under the safe harbour clause 79 of It Act 2000 and have revealed details of the source. While some of the social media platforms have gone on appeal to the High Court, on the ground of restricting their freedom of expression and right to privacy, the overwhelming sense is that their freedom is not absolute. Often technology can be a nightmare if it pries into privacy of citizens and misuses sensitive data to gain commercially or politically as was noticed in the Cambridge Analytics Case. Justice Nariman, who retired recently, deserves to be complimented for clarifying the contours of reasonable restriction and also the right to express dissent against government policy. Harold J Laski had rightly observed; Eternal vigilance is the price of liberty.