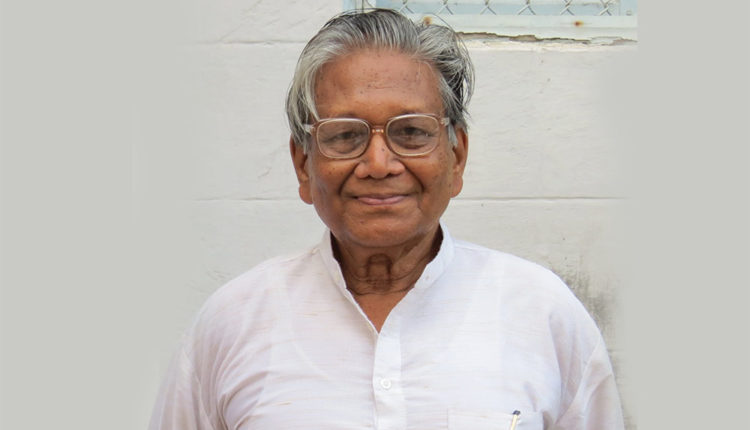 Memories of a Remarkable Writer

As part of our Bharat Darshan in 1980, I peeled off to Aurobindo Ashram , when I ran in to Prof Manoj Das, who was teaching English there .I have two distinct memories , seeing a huge dish washing machine for the first time, where the used utensils cavorted like unruly urchins, ,and senior students taking classes of junior students .Prof Das told me, that this is how they were sowing seeds of potential teachers.. When I asked him , if I would be considered for a teacher’s job, he said yes, provided I am prepared to accept as remuneration two pairs of Kurta Pyjamas, basic toiletries,simple food and second class train fair from Pondicherry to Odisha.! When I reminded him of this brief encounter of ours four decades back , when he came last year to Kiit International School ,he smiled. He did not wear ideology on his sleeves.

He was a Marxist in his young days , who meandered in to mysticism of Aurobindo in his late twenties .He was by miles the best bilingual writer that Odisha has produced ,who wrote on human sufferings in the villages of his state,but layered them with fantasy and satire in a magnificent style. Graham Greene compared him with RK Narayan ,’ with perhaps an added mystery’ .No wonder his first collection of poems Satabdira Artanada came out when he was 15, and edited a magazine Diganta in 1950. He was greatly impacted in his writings by Fakir Mohan Senapati, possibly the tallest writer that Odisha has seen,, with a unusual yen for penning suffering of the poor, exploited & women

Aurobindo wrote:
The spirit shall look out through Matter’s grace
And Matter shall reveal through Spirit’s face.
Marx:s Dialectical Materialism and Aurobindo’s inscrutable mysticism, coalesced to make Manoj Das one of the greatest humanist writers , spirited crusader for the poor and raconteur par excellence.Odisha fecundated him , Pondicherry nurtured him ,and literature catapulted him .He is Sui generis

The First Step to know An Organization