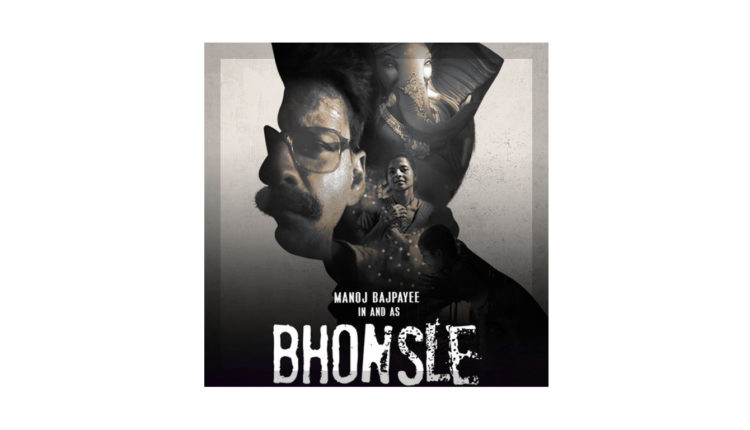 Rejected three times by NSD, Manoj Bajpai made his mark as the feisty Satya in crime drama Satya in (1998), a milestone in Indian cinema. Pinjar, Shool, Zubeidaa, Gangs of Wasseypur, Aligarh proved that he is no flash in the pan. In Bhonsle, a film streaming in Sony Live, he plays the role of a retired cop. Sullen, disinterested, with the unsure gait of a misanthrope, he converts a repetitive meal of pav and dal in to a craft and dabbles on a dysfunctional transistor. Till he befriends a North Indian nurse, Sita who takes him to the hospital. From being a mute witness to the wanton misdemeanor of a taxi driver, who tries to rouse sentiment of son of soil against the bhayas of UP and Bihar to further his political fortunes, Bhonsle becomes the pall bearer of moral force by demolishing hate mongering around him.

Bhonsle is a searing, shattering statement on the lives of slum dwellers who are engulfed in the darkness of the bustling slums of Mumbai, whose perilous plight in Corona times carries in its underbelly, the sad undertone of ‘son of soil’ chauvinism. Bhonsle is a slow, and near silent film, where Bajpai’s masterful restraint tugs at the kite of Director Devashish Makhija’s imagination, ably supported by Ipsita Chakravarty’s sparkling performance as the next door North Indian Nurse.

An entry in Cannes Film Festival (2018), it sadly failed to win an award, like an earlier entry Swash (2004). Makhija has the Kafkaesque touch of Ritwik Ghatak. And Manoj’s pulsating subtlety reminds me of Irrfan, opening his The Lunchbox repetitively the way he repeats his chores of cooking, washing clothes and fiddling with a transistor. Bhonsle needs to be watched with patience, eschewing thrill & titillation. No wonder Sushant Rajput looked up to him as an acting inspiration, like Pankaj Tripathi. Bhiku Mhatre, the gangster, has seamlessly segued into quiet seething cauldron, Bhonsle. He has been rewarded as the best actor for Bhonsle, this year, a just recognition for the boy from Belwa, for his pulsating method action, like Balraj Sahni in ‘Garm Hava’.

Looking forward to learn and unlearn from KSOM