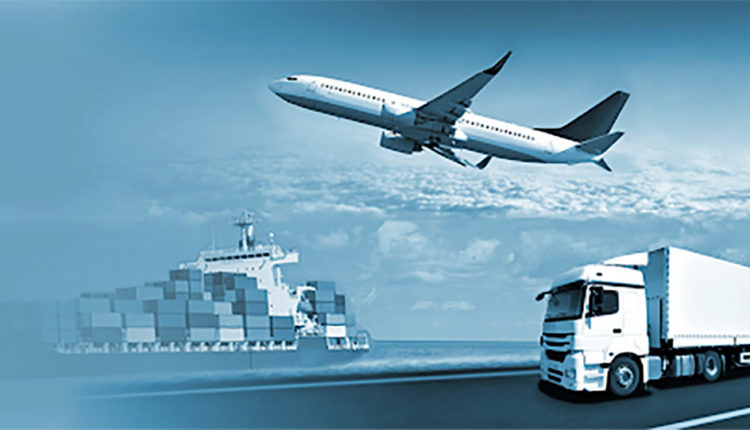 The transport sector truly acts as a backbone for any economy. The economy of a country depends heavily on the Transport sector as this sector not only establishes the connecting link between the producer/manufacturer and the consumer/customer but also in the process helps in revenue employment generation and by being the most dependable medium to carry goods, services and also the passengers. It also supports the agriculture, manufacturing, and trading community as well. The transport sector is in for a very unique situation due to the development in the infrastructure such as roads and other facilities connected with it. It also has witnessed very smart and modernized, fuel-efficient, comfortable, and high capacity load bearing intelligent vehicles being launched in the Indian market.It also has gone through a major shift in its paradigm of distribution models.

Previously the transportation was being done on a zig-zag manner to carry & distribute consignments on a point to point basis. The consignor (sender of the load) use to hire a truck for a full capacity load from one point and that load use to get offloaded at consignee’s (receiver of the load) place. There was a lot of hesitation for part-load transportation. Then with the development and improvement of infrastructure of roads and vehicles in terms of introductions different models the concept of Hub and Spoke chipped in. We should imagine the wheel of a bicycle to understand this concept. In the case of the cycle wheel, there is a “HUB” which is located in the middle of the wheel and firmly connected to the mainframe of the bicycle, yet it can rotate around itself freely. This is actually the strategic center of the wheel from where spokes radiating out to get connected with the rim of the wheel. Both the Hub and the spoke do not compete but complement each other to enable the bicycle to run from one place to another. In the transport industry similarly, different models were also introduced to complement each other for the load distributionas well as for enabling smooth logistic solutions.

Different model of vehicles depending on the running and load carrying capacity.

In recent years, shipping companies in other developed countries such as US, UK, Singapore, Australia have adopted the hub-and-spoke warehousing model to speed up deliveries and reduce costs. Larger-scale companies operate several hub-and-spoke systems. In India also, this concept has gained acceptance over the past few years due to rapid industrialization, increase in demand for goods and services in tier II and III cities because of change in consumer preferences and consumption patterns. The manufacturers/producers transport their goods to the nearest Hubs through the long-haul vehicles and from there like a spoke in the bicycle, medium-haul and short-haul vehicles are put to use to complete the last leg of transportation to reach its target customer. The pictorial presentation is given below

The dynamics of Transport Operations in India

The long haul and medium-haul vehicles are normally managed by big fleet operators who either own many vehicles or have taken a lot of other vehicles of the same category from the market on contract. These operators are affluent people with a lot of cash or liquidity under their command and they enjoy a lot of socio-political back up for their smooth operation of the fleet. But the short-haul and last-mile connect vehicles are generally managed by SRTOs who normally are single truck owners and have just graduated from being a driver to an owner by availing a financial loan from finance company. They are always marked as a risky segment by the financial institutions and banks due to their, low literacy rate, fragile financial as well as social conditions, irregular or no banking habits as they operate on a trip basis on cash and carry model. Generally, they do not have vital documents such as address proof as most of them have migrated from a rural area to the urban area in search of income. They also suffer from a lack of credible documents regarding their financial credibility such as CIBIL score etc. as they neither have a bank /loan account nor a payment track record to their credit. It is actually a cash hungry segment but very trusted as most of the vehicles are driven by the owners. In the absence of a binding definition, owners who own more than 5 vehicles can be categorized as SRTOs. This SRTO segment depends on daily load and income to run their vehicle, maintain it, and also for the maintenance of their family. The viability of their operation comes from the profit generated out of it. They pay a lion’s share towards the payment of the loan instalments and with the remaining balance, they try to manage the daily needs of their family. Therefore, any disruption in the running of the vehicle strikes directly their lifestyle.

Impact of Pandemic on Transport Operations

The pandemic COVID-19 created havoc in every sphere of life everywhere. Be it national or global it has made a dent in the socio-economic fabric of the society. Life as well as the occupation is going through a difficult time. In the ensuing struggle to have a safe life, occupation/business takes a back seat. Till lockdown III everything was under shut down. Be it a school, or college, a business establishment or for that matter the transport segment, everything was under siege to bring the effect of the pandemic under control and also educate the people to learn to deal with it successfully in case they have to live with it for a long time in the absence of a proper treatment method or vaccine to save lives. As Lim (2013) mentioned in his study the “Kubler-Ross Model; The Five Stages of Grief” which Kubler-Ross (1969) very successfully for the first time explained that the Grief is a natural response and reaction to the loss in which an individual encounters emotional suffering when something or someone the individual loves or has high hopes upon is taken away. When any human being goes through an element of grief, tragedy, or disaster, he invariably passes through the five stages of i) Denial ii) Anger iii) Bargain iv) Depression and finally v) Acceptance. The relevance of this in this pandemic situation is very high. As a matter of fact, when COVID-19 was very low people were in a stage of “Denial” as such thing never happened in the past. Then there was wide spread anger due to loss of life and income. Thereafter passing through all the stages when we stand at a figure which is in excess of 3 lakh infected by the Novel Coronavirus, we have started to accept it. The fear is gone. Every sector is trying its level best to overcome the challenge put forward by the pandemic and start life afresh albeit with new preconditions.

There was some relaxation given to the transport sector in lockdown III to ply their vehicles to transport essential goods only. Most of the vehicles were idle. The workmen were locked in their native places, spare parts shops& garages were closed and on top of that, there was no availability of load. In a never before circumstance like this, it was really a challenge to get all the act together and keep the vehicle rolling. There was also another challenge that is specifically faced by the SRTO e.g. liquidity or cash in hand to fund the day to day activity as due to more than expected lockdown they have spent whatever little money they had for maintaining their family while in lockdown.

In this situation, CRM initiatives implemented in the past by the studied NBFC came in handy. All the tailor-made working capital offerings have helped the SRTO to start its operation smoothly. Therefore, to substantiate the case an NBFC of national repute was taken into our study. The company under study has implemented lot of CRM initiatives such as variable and seasonal Instalment payment pattern, working capital loans such as tire loan, engine/body repair loan, fuel credit loan, and personal loan. The finance company put forward all such CRM initiatives for its customer to enable him not only restart his operation smoothly but also he could do the remittances to the finance company smoothly as per his convenience from the comforts of his home over a digital platform which was questioned by many from the industry when they initiated it due to the low education level of the SRTOs and their poor banking habit. Over a period of two years with active participation by the concerned Relationship Executives (REs) they are now internet educated who can do the transactions without any hesitation. According to the company sources, the digital payments received before the pandemic was at almost 10 % across the country. But in the current situation, it has shown high appreciation by the SRTO community as reflected by the fact that in some cases it has touched as high as 58%. The researcher has one-month data for the month of May’20 of a zone to substantiate this study. The zone has got 7 regions under it where the lowest is recorded at 37% and the highest is at 58%. Another zone reported for the month of April’20 the payment received through digital platform was at 56% which was at 13.25% before the pandemic broke out in India. It was also reported that the NACH (National Automated Clearing House) collection is at 24%. Therefore, together if we see more than 80% of the total collection for this zone has come from a digital platform put in the place by the company a few years ago. This has helped the customer to maintain his loan cycle. Whenever he avails the loan his liability increases but to reduce it, he is required to go to the branch office maintaining all the guidelines of the lockdown. At times due to late arrival and the early departure of his vehicle due to load factor or due to the stringent guidelines it would have been very difficult for him to maintain the on-time payment to the finance company which would otherwise have broken his commitment to maintain the due dates but the existence of a digital payment platform now enables him to manage and maintain his credibility on a flexi-time basis and also as per his convenience. This we can call empowering the deprived segment as per the need of the hour. This is really a great and meaningful initiative targeted at a segment, not for profit maximization but purely from the point of view of staying close to the customer and offloading services actually required by him not overburdening him with something the company wants to sell rather than to give what the customer wants. The end result is, it’s a win-win situation for all. At the end of the transaction, everyone should feel benefited by the initiative. The customer comes first and derives the benefit accruing out of every initiative, but the business entity also must survive in the process to support the customers continuously in almost every situation to instill the confidence and make him financially independent.

Not the same as I do

How to Be Proud of India After Independence: A Guide for…