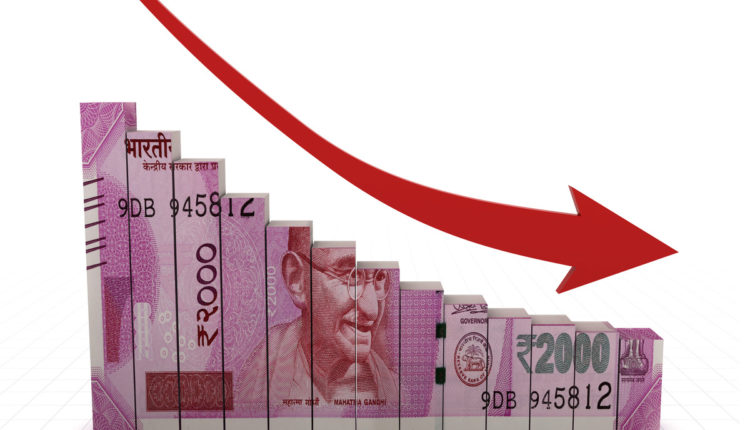 The uninvited guest Pandemic COVID-19, which has spread its tentacles in every corner of economy, will it led towards the worst-ever recession, India can face? Disruption of economic activities has made the future projection of India in negative rate as sourced by various rating agencies and financial institutions (IMF, RBI etc.). To shed some light on the India’s growth outlook, Moody’s Investors Service has downgraded the GOI’S foreign currency and local currency longer-term issuer rating to Baa3 from Baa2. Baa3 is the lowest investment grade in the global credit rating of medium grade, subject to moderate risk. Moody’s also has downgraded short term local currency rating from Prime-2 to Prime-3, lowering the country’s short term repaying obligations to an acceptable range from the stronger region and thereby creating a negative growth projection for India.

On 27th May, Fitch Ratings has forecasted India’s growth projection to be -5%, stating that ‘India has had a very stringent lockdown policy that has lasted a lot longer than initially expected and incoming economic activity data have been spectacularly weak’ in its argument.

RBI Governor Shaktikanta Das has also stated that the GDP growth of India for FY 2020-21 will be in negative territory due to factors such as higher uncertainty, stagflation, top six industrialized states that account for 60 percent of India’s industrial output are largely in orange and red zones, sharp fall in private consumption, and combined impact of demand compression and supply chain disruption.

To control the recessionary actions, Hon’ble Prime Minister Narendra Modi has announced Rs20 lakh crores of revival package which is inclusive of both RBI’s Dovish monetary measures to keep pushing liquidity into the market and expansionary fiscal measures to keep inflation and unemployment under control. But is this going to result in what GOI is expecting?

Rationally, if we see this seems to be a difficult measure to achieve by GOI. This mega revival package is all set to increase the borrowing capacity. Recently, GOI has announced to increase the borrowing from budgeted Rs7.8 lakh crores to Rs12 lakh crores, resulting in a higher deficit (approx.7%) than earlier expected 3.3%. Current estimates suggest that the combined Fiscal deficit of the Centre & State taken together could cross 10% of GDP during this year. Last quarter data of 2019-20 shows India has total debt of Rs100, 18,120.51 crores and as per the budget 2020, estimated debt is Rs109, 50,019.80 crores. With the increased borrowing and negative growth projection due to the recessionary downturn, it will most likely increase the debt, thereby creating a high debt-to-GDP ratio.

The higher debt-to-GDP ratio has its own catastrophic impact such as higher long term interest rates, more aggressive future taxation, weaker investor’s sentiment due to higher uncertainty, and crowding out of private investments. Higher long term interest rates will pressurize the major revenue source of government like Taxes (GST, Corporation Tax, Income Tax, Excise Duty) and customs and non-debt capital receipts. To generate more revenue to pay back the debt will result in an increase in taxation which will significantly lead to lower disposable income. This will lead to lower consumer spending and declined demand.

Increasing borrowing will negatively impact the private investment due to the higher interest rate caused by increasing demand in the loanable fund market and in turn, it will crowd out private companies. Arguably, the revival package announced by GOI is actually Rs2 lakh crores and rests are all loans, credit guarantees, and funding schemes. Companies need more cash in hand rather than increasing their debt. Under the present scenario, crowding out (less investment) of the private sector will worsen the economic condition.

For instance, crowding out in MSMEs will most likely lead them to go into bankruptcy as these are already highly indebted and distressed under the ‘Mudra Scheme’.

On the other hand, this will negatively impact the employment level. The three months of lockdown has skyrocketed the cyclical unemployment rate. The most ill-affected is the lower segment of society and rural employment level, currently standing at 24%. The increasing fiscal deficit has created a fear of long term higher unemployment rate, which will increase the natural unemployment rate which explains the Hysteresis effects. Increase in the natural unemployment rate will negatively affect the SDG goal of India by hindering its growth towards SDG1(No poverty), SDG2(Zero Hunger), SDG3(Good Health and Well-Being), SDG4(Quality Education), SDG12(Responsible Consumption and Production), SDG16(Peace, Justice, and Strong Institutions). Keeping in mind the employment contribution (60.4%) and contribution towards GDP (around two-third as stated by World Economic Forum), if crowding out of private sector happens, we can easily predict the to-be unemployment rate and its consequential effects.

Article written by Anurag Dash along with Prof. Shikta Singh.

Learning Through Remote Teaching: Opportunities and Challenges for Professional Education