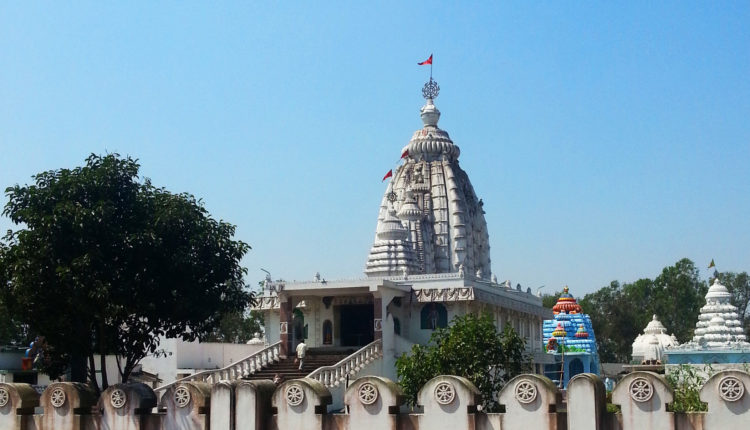 How often do we realize the significance of a place after visiting it? How often does it linger in the mind and leaves an indelible memory in one’s heart and soul? How often a religious structure becomes a symbol of a man’s resolve and courage to stand up for what’s right? A stone’s throw away from the largest port of Odisha, the Jagannath temple in Paradip is one such rare gem in the ideological crown of secular India.

Built in 1972, this is one of the few Jagannath Temples in India which allow devotees from religions other than Hinduism inside its premises. Such religious tolerance is unfathomable in the current scenario of needless spiritual differences, orthodoxy and hatred. It is also a startling practice considering the centuries old tradition of “Hindus only” in the world famous abode of Lord Jagannath in the holy city of Puri. So who dared built this temple and had the courage to open the place of worship to “outsiders”?

After the civil port township was established in the late 1960s, it is said that few employees volunteered to build the temple. Generous donations poured in even from the non-Hindus. Was there any driving force behind this – any orthodox Hindu organization’s religious propaganda?

A certain Mr.MY Rao, the then chairman of the Paradip Port Trust was instrumental in garnering funds and mobilizing people for the temple construction. He was once unceremoniously pushed out of the Puri Jagannath temple by the priests after realizing that he was a Christian. Mr. Rao could not comprehend that if Lord Jagannath is considered to be the God of the entire world, how can his devotees differentiate on the basis of religion. Taking this insult in his strides, he decided to build a Jagannath temple which would be open to people of all religion, caste and creed thereby creating an ideal place of worship reflecting the true essence of religious spirit and faith.

Just like the bedizened gates of a palace gives an impression of the grandeur inside, an imposing 60-feet high concrete pillar (Aruna Stambha) at the entrance, manifests the uniqueness of the temple. It is adorned by a circular arch which is engraved with the holy symbols of Hinduism, Islam, Christianity, Buddhism, Jainism and Sikhism enunciating the triumph of religious harmony and communal peace in acute contradistinction to other Jagannath temples in India. Foreign tourists who are denied entry to the main Jagannath temple in Puri are able to have “darshan” of the Almighty in Paradip.

After a visit to the wonderful temple, drive along the perfectly manicured roads of Paradip to witness the long and clean stretch of sandy beach flanked by casuarina trees.  Strangely, this beach doesn’t find a mention anywhere in the tourist map of Odisha.

All travel is mind expanding. Watching the iridescent glow of the evening sun on the playful waves of the Bay of Bengal with the memories of the temple and its history, the mind gets surrounded by the paradox of human arrogance, transcendence and ultimate insignificance.

Getting There: Connected by both road and rail, Paradip is just 105 kms from Bhubaneswar

Learning Through Remote Teaching: Opportunities and Challenges for Professional Education

LET YOUR EYES CONTINUE TO SEE