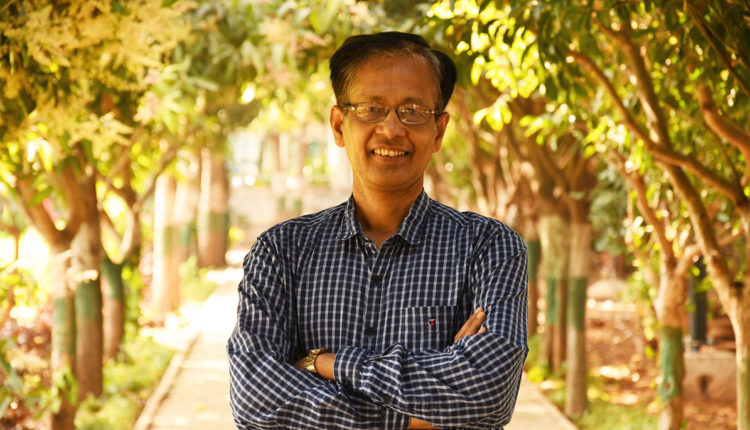 Recent cyclone (Amphan), which luckily spared Odisha coast, reminds me of previous devastating cyclones of last year (Fani) or the other deadly super cyclone which happened 20 years back. The Super Cyclone of October’ 1999 was the most devastating natural calamity for Odisha, when we lost over 10,000 human life and millions of animals. Total damage/loss was estimated then as 40 billion dollars!

I vividly remember those horrifying days (and the nights of October, 1999)!

We were at our own house at Berhampur (Brahmapur), in the newly constructed colony of single storied houses (Sharadha Bali Housing Complex), developed by a builder in low level land (near Khodasingi – Gopalpur Junction area, on the outskirts of Brahmapur town). My kids were small then – son hardly of 10 years and my daughter was 6. It was during October 3rd week, puja vacation was given to us. I was serving in Berhampur University. We had planned to go to our native village (in Khurdha district), the next morning. We had packed almost everything, including snacks and sweets for our village.

That day, the evening was somewhat different! But no one had ever thought that the night would be the deadliest one for us! No prior warning message was given on cyclone (unlike these days).

At midnight, we (my family of four) woke up to some terrible sound; windows banging all over, gushing wind and heavy rain; Wind blowing at an unimaginably terrifying speed, sound of tree branches falling or flying away! Then we came to understand that some severe cyclone had struck!

Suddenly, we first remembered (briefly, though) about our small but beautiful kitchen garden, that was maintained passionately by all four of us. But then we had to forget about the plants and trees of our garden! Had thought for a while, about our own survival, as if the whole house (though newly built) might crumble very anytime. Doors, windows might go away with the wind!

We four sat close to each other, holding each other firmly, for the rest part of that deadly night, on the cot till morning, amidst relentless rain and terrifying wind. It was pitch dark everywhere with  terrifying hissing sound! There was no light/ electricity, that night.

Early in the morning, as we could see our surroundings. Beyond cot/ bed (the only safe place of my family), we could find water getting inside all the rooms;  dirty muddy water all around!!! Though not much depth, it was still alarming! I could find a variety of small creatures, inside the rooms! First I had a glance at the backyard and the outside! It looked like a pond! I decided to take my kids and wife to roof top. We had to leave the bedroom immediately. I could convince my wife first to move out. But when I opened the exit door and the iron-grill-door, my wife was about to collide with two snakes, hanging innocently from top portion of grill (iron-gate)!

My wife screamed and almost fainted, by the very presence of those innocent but unwanted guests. Kids came running, curious to see for themselves, the ‘guests’, the cool snakes, resting in safe!

Outside the house, the water level was much higher, over 3 to 4 feet (by 7 am). The steps to our rooftop were from outside my house, in the backyard. Backyard exit door to those steps, overlooking our garden, was of hardly 15 meters’ distance! But that looked like an ocean (of flood water)! My wife refused to move or venture in that muddy water, out of fear!

With much difficulty, I could finally convince, first, my wife and then the kids, to vacate the living rooms and to go to roof top, with whatever little eatables we had (mostly packed for our planned visit to village), and water.

By the time we reached the rooftop, it was around 8 am and there was bright sunshine. My house was at the extreme end of the colony and then a vast stretch of an open barren field, overlooking Khodasingi and Bhabinipur villages. One could see water everywhere. The water level was rising continuously, now over 5 feet on the road and in the outside field, (up to Bhabinipur). Our Sharadhabali housing complex was cut off from town, from the rest part of the world!

There was no rain, but water level was still rising, till 2 pm. The entire Saradhabali area looked like a huge river, flowing in full fury! (The entire housing complex/ colony was in between two huge natural drains and a low area used as the exiting root for excess water for Bhabinipur  side of town).

Water started receding by afternoon! No water inside the house! But the water was still flowing over colony roads! We came down from rooftop, after a horrific sojourn of over 10 hours! Slept/ spent that night with much difficulty. (Had only bread and cakes and luckily some water!).

Next morning many well-wishers came rushing with food packets and things improved. Though the cyclone is now a ‘thing of past’, I still remember how we lived that night on snacks n fruits and how my kids witnessed (suffered/ enjoyed?) a huge flood (ନଈ ବଢିର ଦୃଶ୍ୟ), where variety of snakes, wild rats and huge frogs were being swept away in flood water, close to our house.

I still remember, how some friends (good Samaritans) came rushing for our rescue the next day, in chest-deep water (Bijay Patnaik and Late Kali charan Panda, were first to come) and how a local labour (Parasu), known to me, came with his wife, on his own, and cleaned my mud-filled house, voluntarily for free! And, the then AP CM Mr. Chandrababu Naidu sending the first  relief and rescue team to Brahmapur! (The team successfully restored basic amenities within next 3 days!)

I remember my Bajaj Classic scooter and neighbour’s Maruti- 800 getting drowned in flood water, inside our garages.

Then, two days after it struck Ganjam, the super cyclone struck coastal Odisha again and completely devastated Paradeep, Erasama area; and in that worst ever natural calamity, happened to Odisha, human fatality had crossed over 10,000!

I also remember, how a local newspaper (Anupam Bharat) of Brahmapur could manage to publish all its print edition and supply the copies to state capital Bhubaneswar. For complete one week all newspapers from Cuttack and Bhubanewsar were closed (as their office premises were completely damaged by the cyclone. I remember going with CMD of Media Anupam (Late Kalicharan Panda) to some inaccessible areas, on his motorbike.