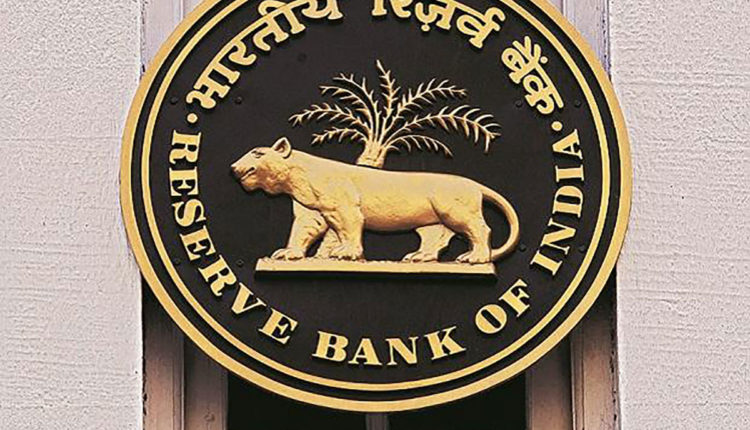 On 27th March the Reserve Bank of India (RBI) announced a series of steps to manage financial markets and support the economy amid the COVID-19 outbreak. Unprecedented measures were announced to ensure ample liquidity in the banking system and its flow to the financial markets and the economy. The RBI governor said the three announced measures (detailed below) are likely to add INR 3.7tn of liquidity to the financial system. Let us see how?

The Round 1 of RBI stimulus on 27.03.2020 led to amassive 75 basis points cut in the repo rate at 4.4 per cent will help improve the sagging sentiments in the economy. Reduced rates while being immediately available to new borrowers of consumer loans and will greatly benefit, as it will take time to transmit / percolate the reduction to the existing borrowers. This will lead to reduction in deposit rates, which will impact savers particularly pensioners and senior citizens. In the long-term, the narrowing of interest rate differential between India and the rest of the world may impact foreign inflows to India as they will end up with lesser returns after factoring in the rupee hedging cost which will put downward pressure on INR.

What implication then RRR has?Reverse repo rate at 3.75% to lower banks’ earnings. The RBI has narrowed the reverse repo window by a big margin of 90 bps to 4%, and then again by 25 bps to 3.75% on 17 April creating an asymmetric LAF corridor and widening the existing policy rate corridor from 50 bps to 90 bps, with effective cut of 90 bps for the banking system. Though the objective was to nudge the banks to lend and discouraging banks to park fund with the RBI, in reality the deposit of banks with RBI has gone up from an average of Rs.2.5 lakh Cr in a fortnight before 15th March to over Rs.8 lakh Cr in the reporting period (8th May), post change in LAF corridor.

What CRR has to say? The RBI has also reduced the cash reserve ratio (CRR) by 100 basis points to 3 per cent, which means more cash in the hands of banks to deploy it in the market. The RBI says that it will encourage banks to use the funds for lending to productive sectors of the economy. But the credit offtake was in single digit even before the outbreak of Covid-19. In the current situation, the lending avenues will get even more limited because of the impact on the retail loans.

So it has to take certain measures to ensure ample liquidity in the banking system and flow to financial markets and the economy. But how?

The RBI announced its first targeted long-term repo operations (TLTROs) of INR 1 Trillion, with a maturity of 3Y at a floating rate linked to the repo rate. The liquidity provided to banks via this window has to be deployed in investment-grade corporate bonds, commercial paper or non-convertible debentures – in equal proportions in both the primary market and the secondary market (i.e., via mutual funds and non-bank financial companies). TLTROs are believed to be highly effective in compressing corporate bond spreads, which have been widened in the wake of pandemic outbreak amid increased redemption pressure. To reduce risks for banks, the RBI will also allow these investments to be classified as Held To Maturity (HTM). However, given the shallowness of bond market in India and total absence of MSME sector from bond market, it efficacy as a tool to make finance available is questionable. With continued stress in the economy the corporate bond markets will still remain cautious. This could also lead to a scramble for 1-2 year issuances. Moreover, high quality NBFCs could benefit asymmetrically over other corporates in the primary markets.

With  the liquidity from first round of TLTRO’s finding its way towards the safer AAA rated public sector and large corporate bonds, the second round of TLTRO (INR 500 bn to begin with) on 17th April came with the caveat attached that at least 50% of the investment directed towards investment grade bonds, commercial papers, and non-convertible debentures of  NBFC’s will be towards the small and mid-sized NBFCs and Micro-Finance Institutions (MFIs) to be deployed within one month of availing liquidity from the RBI and is likely to provide direct support to the more affected and vulnerable segments of the economy.

Now, how the FX market gets affected? The Indian rupee’s (INR’s) reaction to the aggressive monetary policy easing and liquidity injection announced by the RBI was a lacklustre, with USD-INR trading in a very narrow range. Risks to USD-INR are clearly skewed to the upside given the strong easing. The market remains positioned ‘long INR for carry’. However, the RBI’s ample FX reserves of more than 475 Bln USD are likely to keep FX volatility in check. Rupee is expected to have a 74-77 trading range for USD-INR in the near term, punctuated by The RBI also announced that onshore banks that operate International Financial Services Centre (IFSC) banking units will be allowed to participate in the INR NDF market with effect from 1 June 2020. As per the RBI, this is “intended to improve depth and price discovery in the forex market segments by reducing arbitrage between onshore and offshore markets”.

Now coming to the market implication, several of announcement made: (1) the 75bps repo rate cut, (2) TLTROs, and (3) the CRR cut of 1pct are important for the rates market. In response to the announcement, Indian Govt. Bond (IGB) yields and OIS (Overnight Interest Swap) rates extended their decline (which had resumed ahead of the policy announcement), and the curve bull steepened amid thin trading volumes. IGB yields declined by 15-35bps and OIS rates by 20-25bps.Larger-than-expected repo rate cut and TLTROs are key positives for the rates market. Given that interbank liquidity was already in significant surplus (INR 2.9 trln), the market had not expected a CRR cut. Nevertheless, the unexpected cut is likely to address the problem of asymmetric distribution of liquidity in the banking system. Overall, these measures are likely to support the IGB market in the near term. However, rates markets are trading cautiously because of – limited investor risk appetite due to the lack of assurances that OMO purchases will be conducted, especially after the government announced fiscal stimulus measures. Amid strong expectations of a wider FY21 fiscal deficit, the rates market had expected the RBI to extend its OMO purchases. Given the severity of the current situation, it is expected for the RBI to finance fiscal deficit slippage by conducting large-scale OMO purchases of IGBs. It may announce, this once the government has finalised its fiscal stimulus measures.

And above that Surplus liquidity to fuel inflationary pressure

Since August / September 2019, the RBI has created a surfeit of liquidity over the last six months by way of open market operations, rupee-dollar swaps and long-term repo auction, Operation Twist (LTRO). The RBI Governor has assured more such auctions to create liquidity. Globally, central banks are pumping in trillions of dollar into their economy. History shows part of such liquidity finds its way into different asset classes such as equity, debt, real estate and commodities and create asset bubble. That said, at some point of time, this excess liquidity will fuel inflation and push up interest rates, thereby impacting the growth. While the economy needs liquidity, the RBI has to find a right balance and use all the tools to absorb any excess liquidity.

As the old adage goes you can take a horse near to water but can’t force it to drink. While RBI tries to help mitigate some of the supply side constraints, the challenges thrown by COVID pandemic is both supply and demand destruction. Hence, the Govt. will have to open the purse string and give massive stimulus to revive demand, else excess liquidity will prove to be costly for the economy too. So, a dovish monetary policy having such great implications as seen, where does it lead to?  It’s up to you to think now.