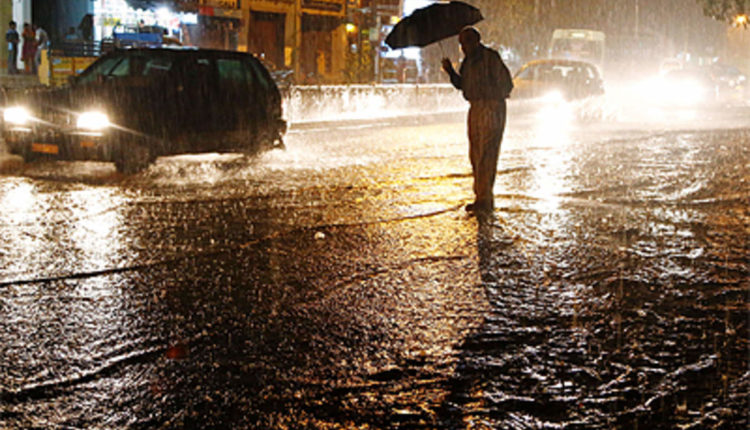 Rain is a common theme in both classical Sanskrit poetry and cheesy Bollywood songs. Throughout the hot summer, we long for rain with enthusiasm bordering on insanity. After the initial euphoria fades, the romantic drama transforms into a horror story. Roads deteriorate into cesspools, sidewalks collapse, swallowing pedestrians, and buildings collapse. City streets turn into raging rapids, drainage flows into one’s living room, and people begin cursing the rain. Floods destroy homes and livelihoods in villages. Landslides have buried many people in many parts of the country. All modes of transportation are affected, including rail, road, and air. Then the infectious disease cycle begins. Dengue, malaria, influenza, tomato fever, and other diseases wreak havoc.

Even though monsoons have been a part of India since the beginning of time, our civic leaders still react to them as if they saw them for the first time. Politicians make big announcements about monsoon readiness in the last week of May. And the first rain frequently reveals the hollowness of such boasts. We’re all living in watery hellholes by the end of June, cursing the rain, the country, the authorities, and our fate. The horror story is repeated year after year. Many people die, many people become homeless, and the media gets its visuals and TRP. The monsoon eventually recedes, and the construction of drought relief canals and a drought relief package begins, along with the wait for the next monsoon.

Global warming is one of the culprits. In addition, the monsoon pattern has shifted. Year after year, all of these excuses are displayed as justifications for the terrible failure of the government. However, the clogging of drains has less to do with El Nino and more to do with prudent plastic consumption. Cold drink companies are estimated to produce 2,00,000 plastic bottles each minute, and this is in addition to the plastic waste generated by other food businesses such as biscuits, chips, etc.

If we peek at any landfill, we can see that most of this plastic garbage ends up there. However, the odd law to limit plastic usage requires paying 5 or 10 rs for a so-called reusable plastic cover from supermarkets. Everything in that bag would be wrapped in plastic, including veggies and even coconuts. All of these would wind up in landfills or city sewers. And who is responsible for cleaning the sewers and collecting the waste? The unfortunate folks’ tax money is used for the same purpose. Profit is the duty of the privately-owned company; preserving the environment is the obligation of the public. Isn’t it likewise imperative to set some strict rules for firms that refuse to find a replacement for such plastic wrappers and continue to use them for pre-monsoon preparations?

In several regions of the country, landslides have become prevalent. One would expect a nation that has suffered such massive loss of life and property to take measures to rectify the deterioration. But, on the contrary, it appears that nothing, not even another deluge, can satisfy greed. The Himalayas have lost their green cover. Many foothills have gone as a result of quarrying. Short-sighted policies, avarice, and vote-bank politics have rendered millions of Indians defenseless, particularly the poor and disadvantaged. If we don’t get our act together, the future seems bleak.