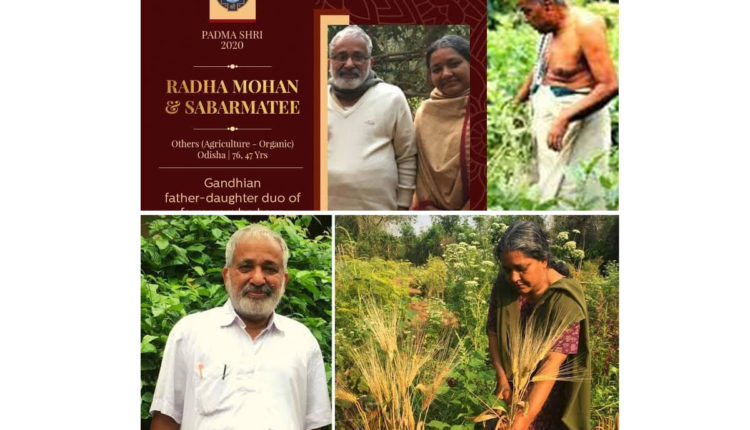 To Sir ,with Nostalgia

Prof Radhamohan,who was a gold medallist in Applied Economics in 1965, was my teacher in Dhenkanal College from 1972- 73.He was different from other faculties.Clothed like a Gandhian and wearing an unkempt beard , he spoke with the fervour of a fiery Marxist.He was the first to inculcate in my mind that unregulated free market propels greed amongst the corporates in cahoots with the government, leaving the common man uncared for. He was some one I looked up to, till I left for Delhi in 1976.

On my homecoming in 2012 , I discovered that he has become the voice of organic farming in Odisha. He was honoured with Padmashree with his daughter Sabarmatee , for converting a degraded piece of land in to food forest through soil and water conservation . He was instrumental in discovering vanishing crops like clove bean,jack bean , nurtured 1000 species of plants and 500 varieties of rice and supported a huge seed bank with indigenous varieties .Sambhav,the NGO he fondly founded, had two missions, Gender and Environment. It supported women in distress and tried to improve their capacity to negotiate with unhelpful government officials.

I recall how he used to serve only biscuits and no tea ,when I used to visit his house. As I munch tea with biscuits ,the beautiful memories of a sui generis teacher and human being keep flooding in .A Marxist of the 70s metamorphosed in to a humanist and an economist in to an intrepid environmentalist. RIP ,Sir.

How to Be Proud of India After Independence: A Guide for…