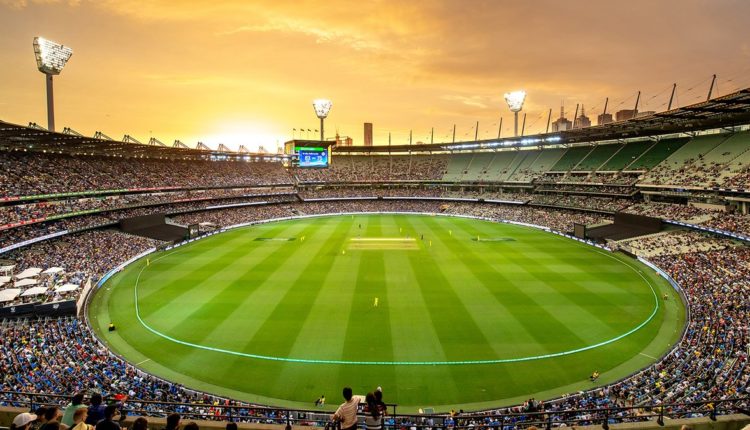 After the drubbing India received from the Australians in the Adelaide test (36 all-out), Kohli’s departure back home and Mohammed Shami’s injury, the stand-by captain Ajinkya Rahane could not have been wearier when India took guard in the historic Melbourne ground for the second test. MCG is called the Medina of cricket, where Charles Bannerman scored the first century in a test match. All the same, England lost the match by 45 runs. Ironically when the centenary test was played in 1977, England lost exactly by 45 runs despite a valiant century (174) by Derek Randall against a rampaging Lilee. India’s record in Melbourne has not been uplifting, with three wins out of 11 test matches played there. However, India had a glorious win in Melbourne in 1981 when the mighty Australian team was all out for 83 when asked to score 121 for victory. The architect of that victory was Kapil Dev who despite a debilitating hamstring injury scalped 5 crucial Aussie wickets for only 21 runs. The Melbourne match is also remembered for the unsavory behavior of Sunil Gavaskar when he threatened to walk out with Chetan Chauhan when adjudged LBW against Dennis Lilee. He had a poor run of scores in Australia, particularly against Dennis Lilee. Lillee writes in his autobiography that Gavaskar was plumb LBW and he was surprised by the tantrums & petulance of the great Indian opener. History repeated itself when Sachin was given leg before wicket to Glenn McGrath in 1999.

Ajinkya Rahane has been having an uncertain time as a cricketer when his place in the Indian team had become doubtful.  His role in the run-out of Virat Kohli in the first test must have exacerbated matters no end when he took the field for the second test. Ajinkya has the rare distinction of winning a test match in 2017 against the Australians by making innovative changes and bringing the deadly spinning duo of Kuldeep Yadav and Yuzvendra Chahal, against whom the Poms were tentative.

The Indian pacers and Aswin showed rare spunk in bundling out the Australians for 195. However, they had to contend with the blistering pace and in swingers of Mitchell Starc and guile of Pat Cummins ably supplemented by the wily spinner Nathan Lyon. Hazelwood was also a very tough customer to handle. Happily, Shubman Gill, the debutant played a courageous inning. While the star of the Indian team in Australia 2018 Cheteshwar Pujara floundered, Rahane played the innings of his life with delectable drives, square drives, and pull which were reminiscent of Rahul Dravid, the wall of India in 2003, when India won a match in Australia after 22 years and Dravid scored 233.  India had to score 80 runs for a win.  The memory of 36 in the last test and 42 in the summer of England in 1974 were fresh in memory. Rahane must be well aware how in March 1997 the Indian team under the captainship of Sachin Tendulkar were bundled out for 80 runs when they should have reached a target of 120. Tendulkar who does not have a glorious record as a captain wrote “31st March 1997 is a dark day in the history of India and definitely the worst of my career as the captain”.

India started its journey of cricket in Australia in 1947 when Lala Amarnath led the team. The Lala had famously said that “we have come not to win but to learn cricket”. True to his apprehension the Indian team was bundled out in the first test at Brisbane for 58 and 93 against the lightening pace of Ray Lindwall and the swing of Keith Miller. Bradman’s 185 in that match were enough to swamp India’s batting in both the innings. However, the Indian team of 1947 would be remembered for the heroic centuries scored by Vijay Hazare in both innings in Adelaide (116 & 145), though in a losing cause. Miller wrote: Hazare was a cricketing giant by any standard.

In the second innings when India started, two wickets of Mayank Agarwal and Cheteshwar Pujara fell quickly, bringing memories of 36 & 42. However, the carping cynics had not bargained for Shubman Gill’s exceptional skills and Ajinkya Rahane’s firm resolve to get India past the winning post. When Rahane was asked to comment about the turnaround of the Indian team, he flagged the importance of character in cricket. He was indeed echoing what Rahul  Dravid, the wall of India, said in the Bradman memorial lecture in 2011. The first Indian to speak in the memorial lecture of the greatest batsman, Dravid’s lecture reflected his character when he sculpted each observation with care and precision, like his immaculate strokes in the cricket field. He observed “the finest athletes have, along with skills, a few essential qualities through which they conduct their lives with dignity, integrity, courage, and modesty. As against the picture of a national cricketer being a cross between royalty and rock star Rahul observed “the path of becoming a national cricketer is on a razor’s edge, with no reassurance of safety net”. In Ajinkya’s case, the observation of Rahul Dravid could not have more prescient.

Cricket has always been a batsman’s paradise. The popular icons of cricket are batsmen like Bradman, Hobbs, Viv Richards, or all-rounders like Gary Sobers.  In the Indian context Gavaskar, Kapil Dev, Tendulkar, and presently Virat Kohli have that star status. However, the quiet musketeers of Indian cricket have contributed to the success of India against the heaviest of odds, often more than their celebrity counterparts. Mention must be made of Gundappa Viswanath’s century against West Indies in Kolkata and 98 not out in Chennai. These innings turned around to be the match-winner against the great bowling of Andy Roberts. The greatest innings of an Indian in an impossible situation against Australia was played by VVS Laxman in 2001 that along with Dravid pulled out an exceptional win against the Poms, after being asked to follow on.  Steve Waugh lamented that India was his ultimate frontier to conquer, yet he failed despite having the best of bowlers and batsmen at his disposal. Similarly, Dhoni’s 93 not out in the world cup final of 2011 has been a defining inning of all times. Mohinder Amaranth’s exploits as an exceptionally gutsy batsman against the incredible pace combination in Pakistan and West Indies and in India winning the world cup of 1983 is another sterling example of an unsung hero.

The experience of India quite clearly reveals that the quiet musketeers like Viswanath, Amarnath, Laxman, Dravid, and Rahane have contributed very handsomely like their colorful counterparts, if not more. In the ultimate analysis, it is integrity, courage, and impact in crossing the last frontier that defines a cricketer.   It was Hazare in 1947, who sowed the seeds of self-respect in the Australian soil, Kapil Dev nurtured the sapling in 1981, and Dravid, the tree of courage grow in 2003. Rahane is the new piped piper, to see it bloom on Melbourne soil.

Prof. Misra is a cricketing buff

Responsible Production and Consumption for a Sustainable World: The Staple Food

A LETTER TO ME

Leave A Reply
Cancel Reply
Stay With Us