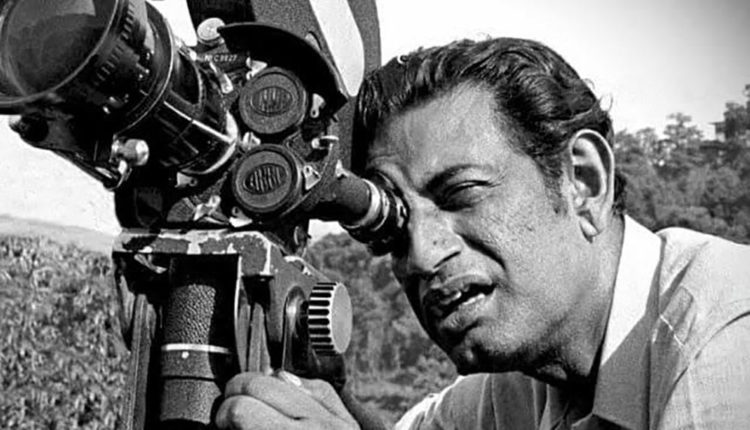 I had the good fortune of watching Satyajit Ray introducing Akira Kurosewa in the International Film Festival on 3rd Jan 1977 at Vigyan Bhawan, New Delhi, where his iconic film Dersu Uzala was being screened.. Satyajit introduced him as the ‘greatest living director’ . Those are the days of Emergency and Mrs Gandhi was called by Ray to felicitate Akira. Mrs G asked Ray, if she could also say a few words and recalled how she had seen Rashomon,the iconic 1950 film of Akira.
Kurosewa , who was the last to speak said: ‘ I am privileged to be in the company of legend of our times, Satyajit.’ This is how emergency in the capital sat cozily with quality art, and respect for luminaries transcended politics in the cold corridors of Delhi
I will reflect on two aspects of Satyajit Ray’ s distinctive footprints, I find them both delectable and beguiling. The rumor goes that Truffaut, the great French film Director, walked midway out of a showing of Pather Panchali, as he could not bear the slow rhythm. Interestingly rhythm of Ray’s films is one of the finest things about his work for the very reason that it expresses a wider reality than the one we are used to in our islands of modernity in India. The nuances can be best sipped, unhurried.

The other area is the costuming of his women in films. Since the story of Pather Panchali is placed somewhere in early 20th century, the natural dress for Sarbajaya would have been a simple cotton saree without a petticoat or a blouse. The modern manner of draping the saree, a petticoat and a blouse was introduced by the Parsi Community, much later. Yet Ray, who is quite meticulous about the accuracy of period detail, chose to dress Sarbajaya in clothes that belonged to a later period. By and large, his tendency was to cover them, regardless of period. It is his treatment of woman as an embodiment of certain virtues, possibly as a Brahmo puritan, that stands out. This is where Tagore and Ray melded, giving priority to dignity in women over their sensualty.
Chidananda Dasgupta, with whom he started film society in Calcutta (1947), called him an embodiment of ‘calm without, fire within’, a Liberal who eschewed vulgarity. I used to see him in Nandan, the new cultural heartthrob of Calcutta, in 1988, watching movies like Wazda’s The Conductor. The fish cutlets during the intervals , with the tall Thespian around, puffing his pipe, never tasted better.
Ray profited immensely working with Renoir, who shot his film The River in Calcutta. He saw 99 films in three months in London in 1950,which included neo realist cinemas like The Bicycle Thief(1948) by De Sica. Pather Panchali (1955) bore distinct imprint of this bequest. Marie Seaton’s biography of Ray ‘The Portrait of a Director’ is most Riveting. Ray also wrote a highly readable book ‘Our Films, Their Films’. My personal Ray favourite, though, is Aparajita ( UnVanquished), as I can relate very well with the protagonist Apu and his transformation when he moves to the city and his uneasy relationship with his mother. Charulata is possibly the most perfect film from Ray’s stable. His felicity with western classical music and Jugalbandi with RaviShankar, mark him out as the tallest film maker of India, physically and cerebrally. Kaushik Ganguly’s tribute to the master in Apur Panchali(2013) is a must Watch