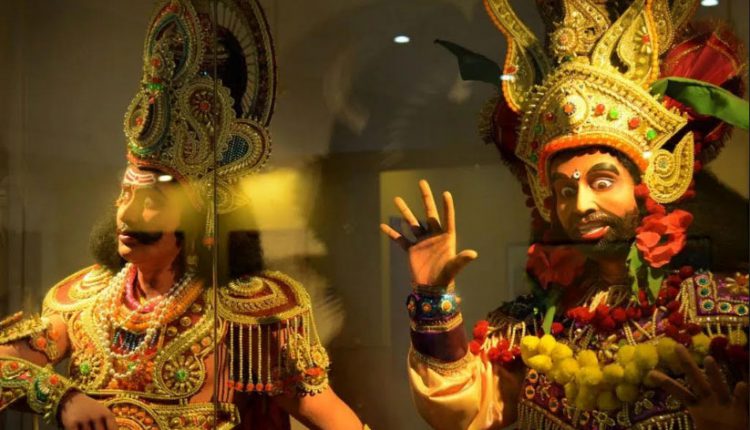 Odisha Maritime Museum: The Intrepid Seafarers of Kalinga and their Forgotten Legacy

The Maritime Museum at Cuttack is a fitting testimony to Odisha’s glorious maritime past. Built at the site of a factory that produced large forged iron equipment during the British era, today the museum is home to several rare artifacts including parts of boats (called Boita in Odia), coins, china clay pots and other articles used by the seafarers (called Saadhaba Pua in Odia) proudly narrating the stories of the days gone by.

That Odisha (the earstwhile Kalinga) was once a great land of adventurers who loved the undulating sea and traveled thousands of miles in its heart to islands like Java, Sumatra, Borneo (all in present day Indonesia) and Bali is not something everyone outside Odisha would know. And they did all this 300 to 700 hundred years before Jesus was even born. So much so that many cultural aspects of these islands including their dance form, folk tales and articles such as face masks etc. bear a lot of resemblance with their Odia counterparts.

The coastal Odisha has always been fascinated by water, with several rivers crisscrossing their way through the state and sea kissing it along a long, winding beach. In the earlier times, Odisha therefore produced boats and ships of all kinds, from small fishing boats to large sail ships that reached more than a hundred feet so that they could challenge the treacherous sea and come back safe.

The museum is located at Jobra, near the Mahanadi River bank. There is a wonderful observation deck across the road from the museum jutting out into the river. I unfortunately missed going there because of shortage of time on that day.

If you are travelling from Bhubaneswar, you need to take the NH5 all the way until you hit the bridge over Mahanadi. Don’t climb on the bridge. Stay left and take the road under the bridge instead and take a left turn from under the bridge. Keep going along the river bank and ask for directions for you are almost there. Someone should be able to guide you.

The museum is closed on Monday and charges fees for the gallery, aquarium, parking and camera. No fees for children under 6 years. There is ample car parking space, ample especially because not many people are aware of the existence of this beautiful museum.

The entrance, flanked by two canons is painstakingly restored from the factory facade.

The walls of the museum gallery are adorned with three-dimensional paintings of the great sea tradition of the land.

Below is a view of the factory floor that produced heavy iron machinery such as gates of small dams and anicuts. It was built in 1869 right after the great  famine of Odisha. The machinery for the factory was produced in England and shipped to India and are preserved superbly.

The galleries present an impressive array of activities related to boat making, right from cutting the first log of wood to setting the sail after the ceremonial worships, called Boita Bandana, performed by Odiya bohus, the daughter-in-laws. There are also multimedia systems with touch -screens if you wish to learn more about the maritime past. Equipment used by mariners including lamps, anchors,  chains are displayed in the galleries along with miniature submarines, frigates, rocket launchers, sail ships etc.

There were Raavanas in Bali too. The left one below is Odisha’s Raavana. Compare it with the Indonesian Raavana on the right. Odia culture deeply permeated those in the trading islands. Several such comparative artifacts, ranging from facial masks to dress for Odissi dance can be found here.

The back of the Museum opens to an impressive manicured lawn, strewn with blooming plants, large ancient trees and velvety grass.

The place also provided several wonderful opportunities for photography with rows of boats of various sizes, old vehicles and canons.

However, the best part of the museum is the little but wonderful aquarium with a collection of unique underwater species found near the sea coast in Odisha.

It’s a great place to spend a weekend and get recharged. Luckily for us, even in the peak of summer, it was a cloudy day. The galleries are non-air-conditioned and visiting the place in the summer heat can be uncomfortable. Plus the lawn is close to useless during a summer day. Winter would be the best time to visit.

Birds of the Same Minar