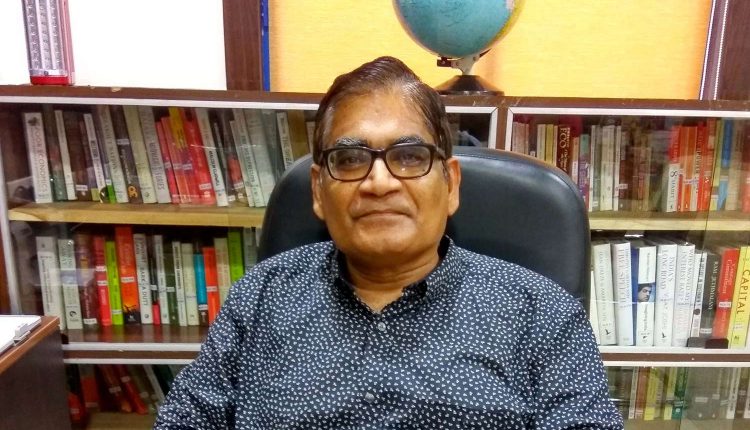 India After 25 Years of Liberalization

At the stroke of mid night of 14th August 1947, Pandit Jawaharlal Nehru in his iconic speech “Tryst with Destiny” invoked the dreams of Gandhiji, “to wipe away tears from every eye”. Nehru said “that may be beyond us but as long as there are tears and suffering, our work will not be over”. The politics of socialism and populism trapped India in the Hindu rate of growth (3.5%) from 1947-89 and patronized the inefficient public sector undertakings as “temples of modern India”. The fiscal crisis of 1990 was triggered by Rajiv Gandhi’s fiscal profligacy in the 1980s, the oil price hike of 1990 leading to unmanageable balance of payment deficit. 24th July 1991 was a watershed moment in India’s fiscal architecture as Dr. Manmohan Singh rose as Finance Minister. To quote Victor Hugo “No power on earth can stop on idea whose time has come”. For him the emergence of India as a major economic power in the world happens to be one such idea”. Dr. Singh mismantled the legacy of T.T. Krishnamachari’s budget of 1957 which carried the ideological baggage of Prof. Nicholas Kaldor who advocated capital gains tax, wealth tax, expenditure tax over and above income tax and made the tax regime extremely oppressive.

As we commemorate 25years of liberalization of the Indian economy, it is time to take stock of how the sweeping reforms have impacted the country. The legacy of that moment remains a mixed story. India is indeed a major economic power and with a GDP of two trillion dollar it has positioned itself amongst the ten largest economies of the world. The structural reforms that Dr. Singh unfolded has been advanced by every successive union budget in varying degrees, and has made way for private enterprise to occupy the commanding heights of Indian economy, which was earlier the preserve of the public sector undertakings. The reform package opened the economy to global competition, dismantled the notorious license quota permit raj and expanded competitive contours of public goods like health, education, telecommunication, public transport and infrastructure. The automotive and the pharmaceutical sectors have become the shining template of our global connect. The most significant changes, growth wise has been the share of export in our gross domestic product which has increased from 13% (1990) to 25%. The overall savings has also gone up from around 24% of GDP to 31%, there by bolstering private investment.

There are two main premises on which our economic reform mosaic was predicated. The first is that it would unfetter the economy and spur economic growth and development. The second was that growth would create wealth and jobs through a trickledown effect and erase poverty, hunger and want. On the growth front, the neo-liberal reforms have increased our annual growth from less than 5% in 1990 to an average of 7% during 2000-2015. However, the growth process has been asymmetric between different sectors of the economy. The real wage in agricultural sector (which accounts for 70% of the population) has fallen from 2% to virtually zero percentage in the post liberalization period. Further, based on a poverty line of 2$ a day more than 80% of the rural sector continued to remain impoverished. The SECC Report (2011) has brought out how nearly 75% of India’s 895 million rural populations earn less Rs.5000/- which is less than the minimum wage to an unskilled labour. The human development story is even more disquieting, as 42.7% of our children remain undernourished and as per the Human Development Report (2015) infant mortality rate precarious at 4.4% as against 0.1% for the developed economies.

However, what is most disquieting is the indifference of the elite and Indian middle class towards the misery all around them. In a seminal book “Looking Away”, Harsh Mander brings out the politics of indifference to the poor, minority, particularly Muslims. Mander calls for a “floor of human dignity”, below which no human being should be allowed to fall. The Supreme Court in several seminal judgements, like Olga Tellis Vs. BMC (1985) mandated the state to be more sensitive in the matter of providing shelter to the slum dwellers. The Unni Krishnan Vs. State of Karnataka (1993) has ensured that primary education is a Fundamental Right to all India. This has added a new dimension to Right to Life under Article 21. However, as Esther Duflo, a MIT Professor, wryly observes “you cannot helicopter people out of poverty”. We need an empathetic government which will promote opportunity in terms of greater access to physical, financial and human assets to the poor and facilitate their empowerment and enhance social security.

Disturbingly the Indian media tries to overhype the growth story of India. As Noam Chomsky wrote, the corporates control the media and try to “manufacture consent” in USA. Most of the Indian media seem to be straddling in such a disturbing terrain. Ruchir Sharma in his recent book “The Rise & Fall of Nations” has brought out how overhyping can be catastrophic for a country. It is contended by market economics is that rising tide will lift all boats. However, as Prof. Joseph Stiglitz brings out “A quickly rising tide when accompanied by a storm dashes weaker boats against the shore smashing them to smithereens”. In the India, as the evidence shows, the economic condition of the agricultural labourers, SC/ST and Muslims have remained in the backyards of public policy, post liberalization. The Sachar Commission (2005) bemoans the economic plight of Muslims and finds its predicament similar to that of SC/ST.

It was Adam Smith who wrote in 1776 that “The market forces, as if by the invisible hand, will promote welfare of all”. The liberalization initiatives in India were predicated on such a free market spirit. India took baby steps in reforming its trade, financial and banking sectors. However, while the overall growth and export records have been encouraging, the agricultural landscape and the social sector have been caught in quagmire of low productivity and public policy apathy. The social sector allocation is around 5% of the GDP; while developed countries spend more than 10%. Apart from inadequacy of allocation, the all pervading attitude of indifference of both the elite and middle class, has made the people in the margins soft targets of venal public officials, without accountability. Elie Wiesel, the holocaust survivor and Nobel Prize winner Israeli physicist spoke on the fore court of the White House on 12th April, 1999 and how “indifference is the friend of the enemy”. He was recounting how Franklin D. Roosevelt did not intervene when a shipload of Jews were being taken to the gas chambers. And wondered why there was indifference at the highest level. History can be a cruel judge. The market economics and politics of populism in India is failing the people in the informal sector; particularly the SC/ST & Muslim for whom the glitz and glitters of the malls and smart phones represent a culture, which puts a premium on elitism. The tears and suffering of the poor, instead of being wiped, has remained an apparition while Dr. Singh’s dream moment of India as a major economic power has possibly arrived.

Talk of the Moon and the Tide