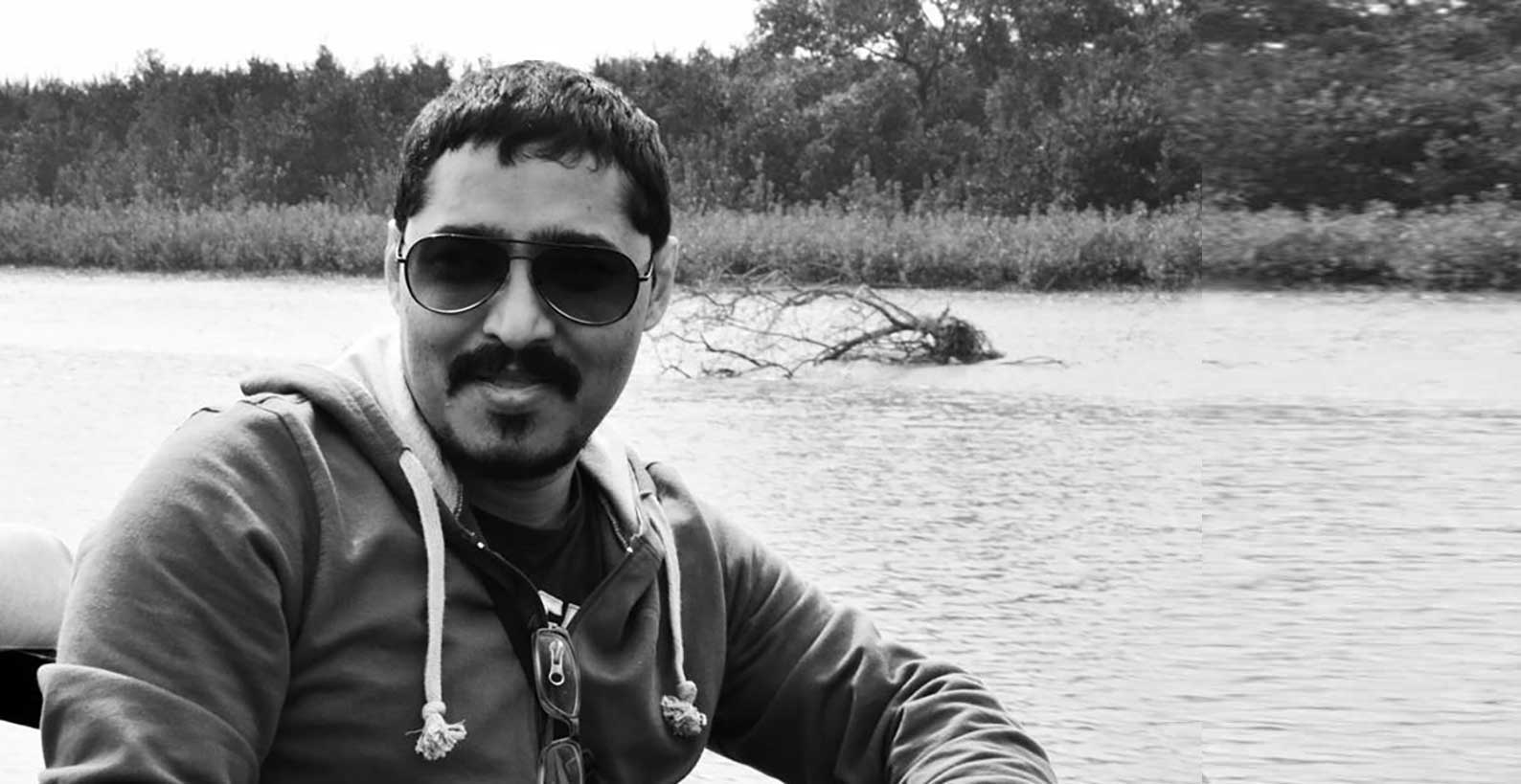 Uncivilized, I want to stay!

My four-year-old loves to flip through the pictures of birds and animals. He asks me questions about who could eat whom or who would win if there was a fight between two. These hypothetical questions can be difficult to answer, but I try. I use my knowledge from watching episodes of Discovery or Animal Planet. Sometimes, I also turn to mythology for an answer.

One day, he stops at the photograph of a vulture and asks me what they eat. I tell him that they are scavengers, feeding on dead animals. He remembers seeing a dead dog on the road and asks me if vultures would come and eat it. He takes fancy for the crooked beak and the pinkish featherless neck erupting from the hulk of a torso. “Can I see a vulture papa?” he asks. I have no answers because I know vultures are more in our stories than in reality. I avoid the question and tell him that they are dirty and he shouldn’t go near them.

On a different day, I am reading rhymes to him. ‘Old McDonald had a farm’ and ‘Here we go round the mulberry bush’. Old McDonald has pigs in his farm and mulberry bush has juicy mulberries. He asks me if there are mulberries around here. Or any berry in a bush that he can go to and eat. He also wants to hear the ‘oink oink’ of the pigs.

In my helplessness, I become distracted and float into a world of my own where I walk with him with pink little pigs and piglets in tow, towards cheerful bushes bursting with ripe mulberries. Vultures take flight around us and green trees sway to the wind of their wings.

A gross inadequacy haunts me. It makes me think about my growing up days and the tube of progress I have passed through in all these years.

During childhood, I spent most of my time outdoors. After school, we tossed our bags into the bed and went out to play. We would start our imaginary bikes and vroom into the farm, often barefooted, taking in our stride the texture of the ground and the sharp bite of an occasional bamboo thorn. We would run around the large fairground and watch a wake of vultures feeding on a dead cow, licking it clean of the rotting flesh and leaving only the breastbones arching up towards the sky. We would climb on an old mango tree standing on the edge of the village and hang by our legs from a low branch. Or take aim at the mute electric pole that bore on its rusting body the marks of powdered stone, a sign of our collective assault. We would venture deep into spiky bushes to uncover untouched berries, carefully pushing our heads but scratching our faces regardless. We would then make a necklace out of them and take home.

The rain was always a beautiful experience. The earth smelled so good. There were little rivulets everywhere on which short-lived bubbles floated and teased. Trees were adorned in an impossible green and the red, velvety rain bugs, the ‘sadhaba bohu’ appeared from nowhere. To spot them and to hold them in hand was surreal. There were plenty of water bodies around where snakes slithered into and or frogs frolicking by. When a frog’s call changed, we instinctively knew what it was. We would rush out of the house, shout, shoo, throw stones and make a scene until mother reprimanded us for trying to save the frog from the snake. She would explain to us that it is the rule of nature, and we should not interfere. She taught us how to respect nature, because all our lives sprang from it.

We skipped stones and fragments of earthen pots, and invariably disputed the number of skips. We laid freshly-killed snakes or five-paisa coins on the railway track and marveled at their metamorphosis under the wheels of a train. We ate tender leaves of the thorny ‘Kia’, our regular after-school delicacy. We blew the homeopathic snail eggs back into the pond and threw timid little snails into the air to watch them gurgle back into the water. We kept the larger ones on our feet to see if they opened up and whether their slimy tongues cut our skin.

Home was the place where we just ate, studied and slept. Outside, out in the open, we grew up. We loved nature but braved it too. We fought with it, but also held it tightly in a loving embrace. Sitting atop the twenty-foot high Jamun tree swaying dangerously, we defied the winds. Cycling in lashing rains with water pinching the eyes, we defied the monsoons. Reaching into the bottom of the pond and digging into its cool, black mud, we defied the hot summers. Running crazily along the railway tracks, trying to outrun a long, serpentine steam-puffing train, we defied the winter.

That was my life!

I now compare that to my kid’s, growing up in a busy city. There is not much of a playground nearby. The small neighbourhood park (which is a rarity in itself) is overflowing with similarly-fated kids. He can hardly run without bumping into another. Every time he goes there, he has to play on the same broken slides, the same motorcycle on a spring, the same rope-ladder. He gets bored quickly and asks me if we can go home.

Home is worse, though quite ‘sophisticated’ otherwise, with an AC in each room, mobile phones and iPad, a powerful i7 computer, an array of gadgets, an LED TV and a sackful of bright toys. The rented house sits on the entire land available (people construct bigger houses for greater rentworthiness), leaving no space for soil or tree. Windows open into other people’s walls. There seems to be no fresh air, no sound of birds. There are vehicles zooming outside, so I can’t let him out. I, like everyone else, keep the main door closed at all times. I don’t know most of the neighbours; I haven’t cared. They haven’t either. So the house is more like a concentration chamber. There is no outlet; the inmates have to find peace inside.

I pile cheap and costly Chinese and non-Chinese toys on him. All run on battery. All emit the same harsh tune. Many end up making the exact same sound (often a terrible version of a hit Bollywood tune). Most require the kid to just stand and watch, while they glow and perform something on their own. But he doesn’t want to be a spectator. So he thrashes them and pries them open. He tries to explore them, helplessly, trying to find some muse, some fun from the dangerous, broken pieces. A metal axle pointing upwards menacingly, a screw threatening to pierce his soft bottom, broken edges of plastics about to slice his hands.

He finds some solace in the iPad though. He plays on and I let him because of my own selfish interest to keep him busy. For some time, he does quite well, pumping bullets and bumping off heads. He runs, flies, shoots. He turns side to side, bends his little body, and screams in frustration. When I finally separate him from the gadget, I feel that his tender eyes are strained by the bright screen. I pluck him from the bed but he runs away to the blaring television instead. I curse myself and pull him out. He complains at first but then clutches me tightly as much as his soft, little hands would allow.

“Papa, tell me a story. NOW!” he demands. My heart sinks. I am back home after a tiring ten hours in the office and still have some work to do before hitting the bed. I am in no mood for a story (even though I want to). An overpowering guilt chokes me, but I am helpless. I wish he did not have to spend so much time indoors. I wish he played more real games than, flat, two dimensional apps. I long for my own childhood. I wish upon him the unstoppable oneness I had with nature.

I wonder if we have become a non-stop, rushing, breathless mankind, that does everything faster and still complains of not having enough time. While I try hard to get my son a better life, I wonder if life is really getting better. Will he see big trees and wild animals only in the photographs? Will he have a clean, pollution-free life that doesn’t depend on supplements and medicines? Will he form lasting relationships? Or these things won’t matter to him, because these are too insignificant in the higher order of things? Will life, as we know it today, change into a stranger that we don’t even understand now? Nevertheless, I keep worrying. About our ‘Progress’. About vanishing jungles, the concretization of soil, poisoning of air, depletion of groundwater. Pedestrians and cyclists fighting for space with a maddening rush of turbo-charged vehicles. Fertile land turned over to real estate. Villages gobbled up by marauding cities. Strained relationships, split families, increasing insecurity, stress and lifestyle diseases. Too many kids with glasses, double chins and fatty ring around waists.

Today, we are probably working harder than we did earlier. But to what end, I ask. Are we working hard to remove hate, feed the poor, lessen wastage, conserve nature, reduce lethal weapons, or free up borders? Or we are working harder to consumer more?

I know that our race constantly strives to improve itself. But are we overestimating our collective intelligence? Do we think that we could keep robbing the nature for material pleasure, poison earth, kill animals and somehow find a way to restore everything to normalcy? Or that we should rather stop bothering about all this, because in the end, we survive. And that’s what really counts.

There are no clear answers. But I guess I am old-fashioned. I still think that health and happiness invariably flow from nature and relationships. From loving people, the soil, trees and the air that makes us. Though I am still in the rat-race, someday I know I will stop, look, and take a deep breath. I will be wiser. I will be aware.
——————————————————————–
I switch on the ignition and roll down the windows (something I rarely do, given the dust and pollution). An uncivilized breeze happily pushes through and swings the doll hanging from the rear-view mirror. It caresses my hair after a long time, making me realize that it has grown too long. The kid, however, complains about the heat outside and asks me to switch on the AC instead. So I reluctantly pull the windows up and retreat into the boxed safety of my little world. The AC purrs into life and throws stale air at my face. I imagine the breeze beating outside, asking to be let in.

Someday I know in my heart that I will ignore the son and let the windows be. Someday he will understand, I am sure.